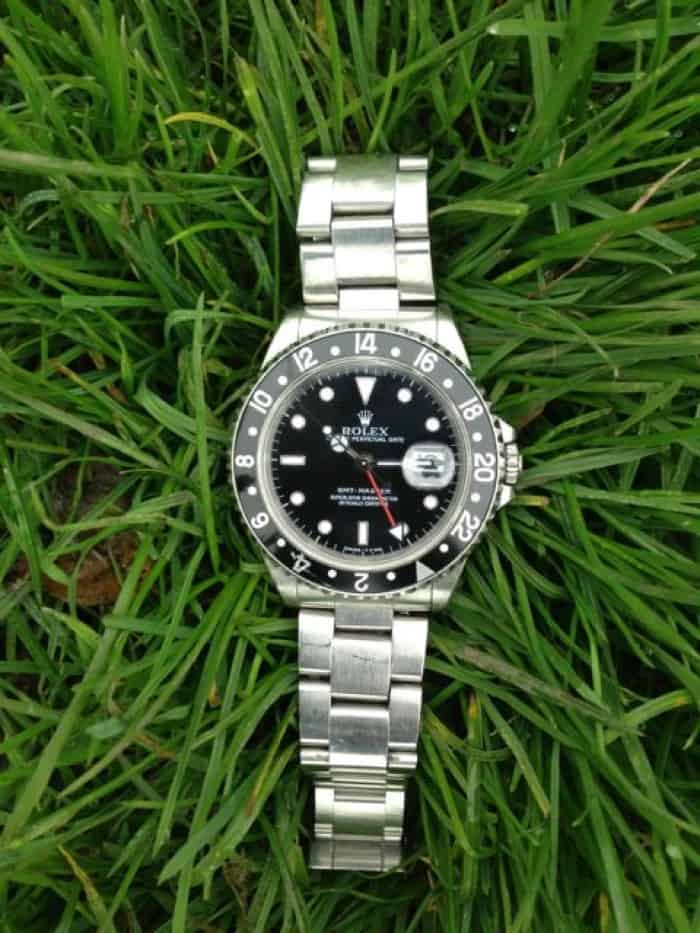 On courses and at the end of talks, I regularly get asked about how we can use our watch as a compass. There are two ways of using a watch to help navigate that I will touch on here, one of them is well known, but I never use it. The second is a familiar concept, but is one of the most underused methods of navigating in the world. I use it all the time. This second method is the single best way of realising you are not lost.

This is the method most people are alluding to when they ask the question.

There is nothing seriously wrong with this method in practice (when used in mid-latitudes), but there is something a bit wonky with the philosophy behind it.

I don’t teach this method in my courses, for a good reason. It is a trick, not a bad one when you remember it perfectly, but like all tricks it is worse than useless if you forget it – or even worse, half-forget it.

It is so much better to familiarise yourself with the arc of the sun during the day and over the seasons. This is knowledge that takes a little longer to accumulate, but then helps every day in a small way and therefore is unlikely ever to leave you. It is surprisingly easy to point north when you mean south, if you rely entirely on the watch method. You will never go completely wrong if you understand the relationship between the earth and the sun, even at a very basic level.

If you remember that we are in the northern part of the world and this is why the sun is due south in the middle of the day, then it is very unlikely that you are going to accidentally think the sun is due north, but this does happen from time to time when people rely totally on the watch method.

Like all tricks of this kind (including moss), it assumes zero understanding and so accidentally stops us thinking sensibly. Most the time I’ve seen this method being used it leads to intelligent people staring at a lump of old technology and scratching their heads, when the answer that is being seeked is in the sky.

The second method of using a watch to navigate is much simpler than the first, much more useful, foolproof and is essential knowledge for all serious outdoors people.

Another question I get asked regularly on courses, is whether I have ever been lost. My reply is half-joking and half-serious,

“No I have never been lost* and after this course you will never get lost again. The reason is because you will have become a navigator and navigators don’t get lost… they become temporarily uncertain of their position.”

This always gets a chuckle, but it contains an important truth. One used by all serious navigators and it’s the bread and butter of search and rescue work. It is also the foundation of ‘dead reckoning’, probably the single most important navigation technique ever devised by humans.

If you know exactly where you where at some point in the past, you cannot be entirely lost.

All you do is work out the time since you were certain of your position, multiply that by the maximum speed you could have been travelling and you know the area you must be in. It is physically impossible to be wrong. Like most of navigation there is a science and an art to this business, but the science is easy and the art is interesting and can be fun.

Let’s look at a working example in three stages.

Stage 1: You suddenly come to a horrible realisation that you feel completely and totally lost on Dartmoor. A sense of panic starts to creep in and you start thinking of loved ones. (A friend and I used to have fun setting this exact situation up by walking into Dartmoor and being deliberately lazy about our navigation – this is not recommended as a weekend jolly for all!)

The last time you were certain of your position was when you stepped out of your car in the car park of the pub. You remember that was exactly at 9am, because that is when you remember speaking to a friend on your phone and the call is logged. It is now 11am. You know from experience that you never manage to walk faster than 5km/hour over tricky terrain. Suddenly, the panic disappears and you magically realise you may be uncertain of your position, but you know with absolute certainty that you are within 10km of your car. By most peoples’ definition that is still pretty lost, and I’d have to agree, but you’d also have to concede it is not ‘totally lost’.

Stage 2: Your friend complains that the right side of their face feels numb with cold. You remember that you planned to walk north on a day of cold easterly winds. You realise that it is very likely that you have held a roughly northerly course. The distance from your car may not have changed (in fact it is likely to be longer than an average lost person’s, since you have just deduced that you are unlikely to have walked in a circle if the wind has only numbed one side of your face). However, although the area you must be in is still vast, it has almost halved. In the wind you also have some basic idea of what direction you have come from and the direction of your car.

Stage 3: You use your memory of the bent grasses, lichens on rocks, glimpses of sun, the flow and sound of water, shape of land, distant sound of road to the east, number of paces you have walked, the feel of a rock, the weight on your back, the shape of the trees you passed, the tracks you find… to narrow your location to 5 square metres and beat the GPS in your pack that you stubbornly refused to turn on.

The simple science of stage 1 becomes the infinitely rich art of stage 3, but at no stage were you totally lost. And it all started with thinking about time. In pure natural navigation the watch is replaced by a more intrinsic understanding of time, one familiar to all indigenous navigators, but the principle is identical.

* I have been horribly and dangerously lost, when I tried to climb a large active volcano in Indonesia without a map or compass aged 19. It is a story I recount briefly in my latest book, The Walker’s Guide to Outdoor Clues and Signs, out May 2014.