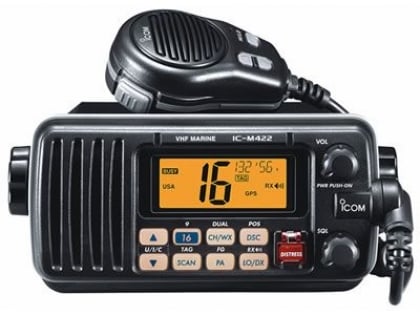 The expression, ‘Over and Out’, brings a smile to anyone with experience using radios.

This expression is never used these days by those with any training in radiotelephony or ‘RT’ as it is more commonly known. It is never used for a good reason: it makes no sense.

The two words have distinct and contradictory meanings.

“Over”, used at the end of a transmission, tells the receiver that the transmitter has finished that section of their broadcast and is expecting and will await a response.

“Out” means that the transmitter has finished speaking and is not expecting to hear any more from the receiver. Ie. the conversation is well and truly over. There is not an instance when the two should be used together.

“Over” can be used many times during the course of a conversation, but “Out” should be heard only once and as the final word. The two should never be used as part of the same transmission.

Aviation has largely dispensed with both “Over” and “Out” depending on an almost ritualised structure of words combined with tone and rhythm to achieve the same effect. In military and maritime environments they are still used.

On this subject, the word “Roger” is also misused frequently, but it too has a very definite and much misunderstood meaning: it means “I have received your last transmission.”

”Roger” is used, particularly commonly in aviation, to mean that the transmission has been received, without giving any indication as to whether it has been understood or whether an instruction will be complied with. That sounds a small and pedantic difference, but it is a hugely important one.

If an air traffic controller passes a piece of information to a pilot, which the pilot hears clearly but is not yet sure what to make of it or how it will influence their decisions, then “Roger” is the only appropriate response.

I can remember using “Roger” at the end of my transatlantic flight when an air traffic controller in Oxford warned me that a Spitfire was manoeuvring in my vicinity. It was an unexpected piece of information at the end of a tiring flight and I wanted time to think for a second about how I needed to react, if at all, whilst simultaneously letting the controller know that I had received that transmission.

On many levels “Roger” is quite an amusing RT word. It is very ‘Biggles’ for those who don’t have experience using it, but it is also quite funny for those who do, because it can be used like all good abbreviations to carry a longer hidden meaning. In my experience it used to great effect as an abbreviation from a pilot to a controller to sum up the following longer message:

“Yes. Thanks for that. Now what exactly do you think I’m supposed to do about it?!”

RT vocabulary does work very well when all parties understand the language and rather badly when one or more sides are pretending to understand it.

The Difference Between Sunrise and Sunset