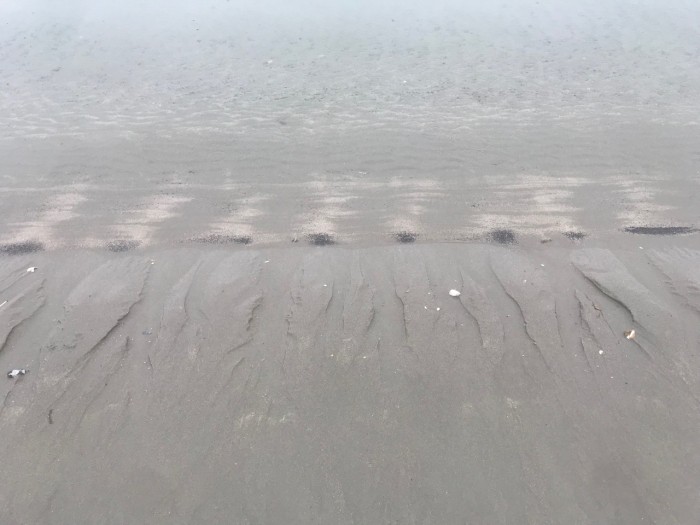 Can you work out the cause of the beach stripes in the picture above?

1. As waves break, water rushes up the beach as ‘swash’.

2. This fast swash carries some flotsam of all kinds up the beach, including seaweed. At its highest point, the flotsam is deposited, creating a dark wavy line known as the ‘strandline’.

3. Some of this water flows back down over the beach as ‘backwash’.

4. The rest of the water sinks down into the sand before flowing back towards the sea. When this water re-emerges it carves small channels in the sand, forming patterns known as ‘rill marks’.

5. The returning water now flows quickly down these rill mark channels carrying with it some of the lighter sand (lighter in weight and often colour too). It also carries some of the mashed up particles of seaweed and other flotsam.

6. Together the lighter sand and dark organic particles flow down the rill marks until they are deposited at the water’s edge, forming the beach stripes. 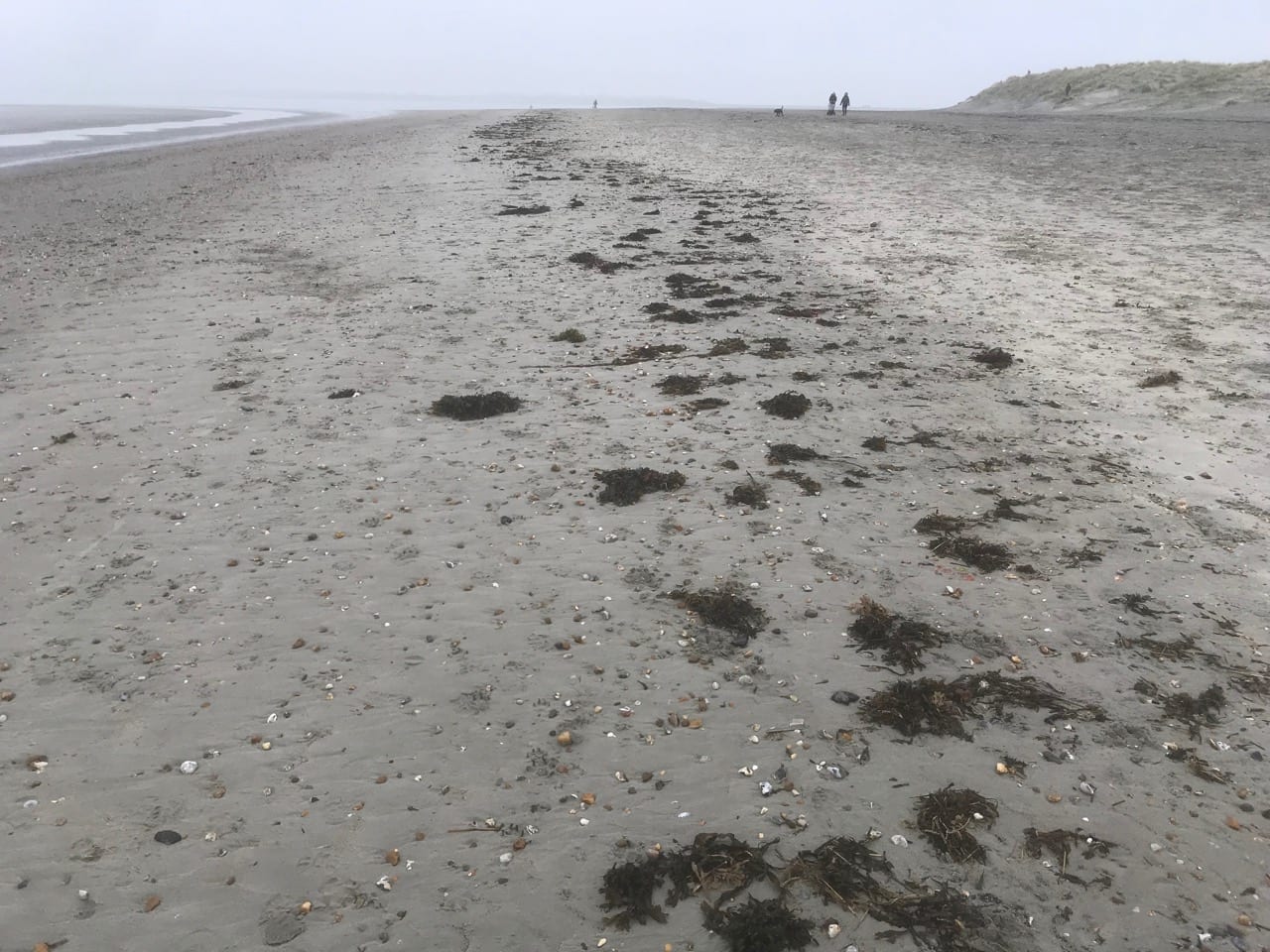 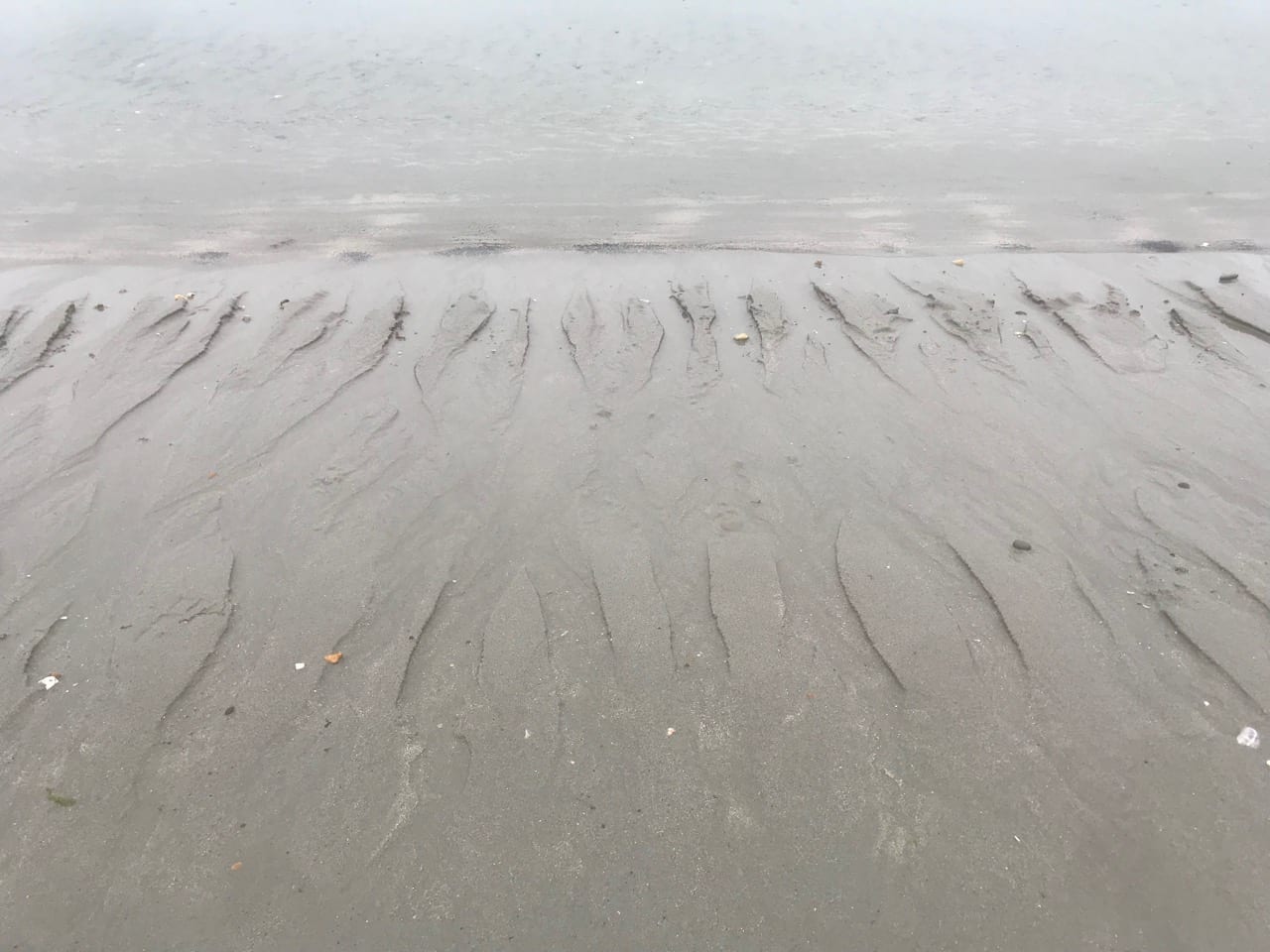 Rill marks, where water that has sunk into the sand re-emerges on its journey back to the sea and carves these channels. 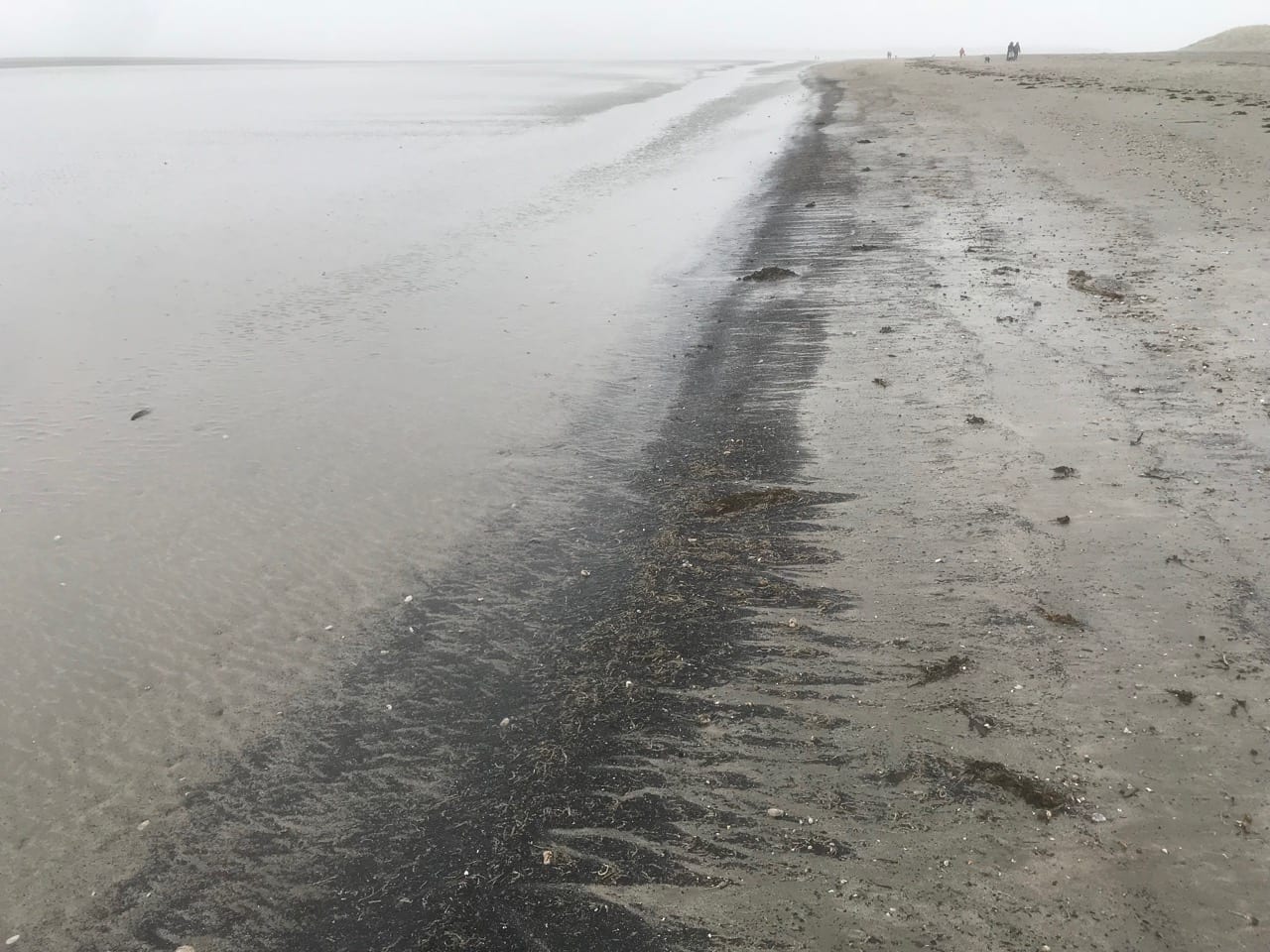 Near the top right of this picture we can just see the strandline.

In the middle of the picture we see where flotsam like seaweed has been mashed up into small particles by wave action. This black line is a point on the beach called the ‘step’, it forms where the beach ‘face’ meets the ‘trough’ and is a common collecting point for small stones, shells as well as pulverised seaweed.

For more like this and the diagram, see the Beach chapter of How to Read Water.