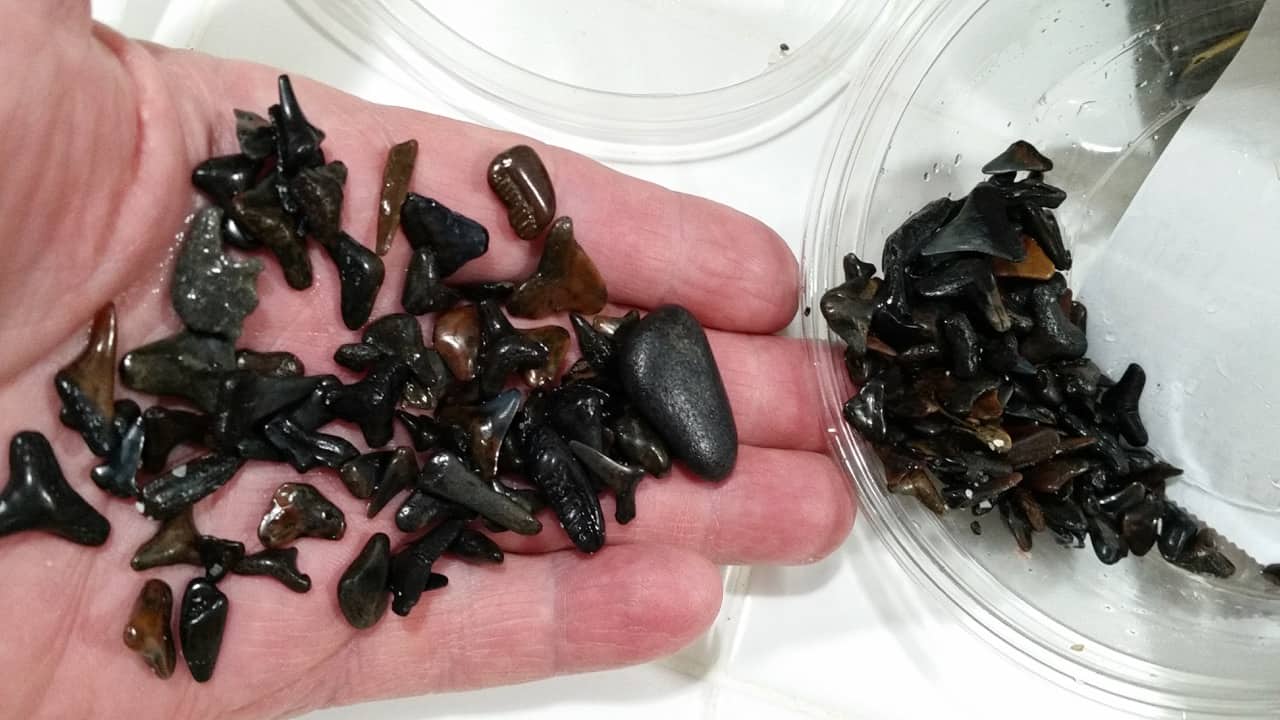 I have written about the way sea currents can sort flotsam, sand and other seaborne items:

“Dutch oceanographers discovered that wellington boots that were lost by fishermen in the North Sea did not all embark on the same journey. The currents carried the left boots to the east, washing them up on the Dutch coasts, but the right boots were taken west to Scotland. The shape of flotsam determines how and therefore where it will be carried.

On the other side of the world, on the Ka’ū coast of Hawaii, there was once a strange and macabre tradition for those who had lost loved ones at sea. The locals would search two different stretches of beach, depending on the social status of the person who had drowned. This was not part of some religious or superstitious practice, but because the rich and poor genuinely did wash up on different beaches. The line of beach known as Ka-Milo-Pae-Ali’i, which translates roughly as ‘the twisting water washes ashore royalty’, was the favourite for upper-class corpses and one further round, Ka-Milo-Pae-Kanaka, ‘the twisting water washes commoners ashore’, the preferred resting place of commoners. The currents were sorting the fat, rich bodies from the poor, lean ones.”

My thanks to Mark Evans (pictured below) who read the book and wrote to me with his own very colourful personal example – sharks’ teeth. From Mark’s emails:

Fossilised shark’s teeth get sorted out over millennia to become common on some beaches on parts of the Florida Gulf Coast.

Many different beaches along the Gulf Coast have claimed to be the best sharks’ teeth hunting grounds in the world… although they vary… & I assume, there must be other beaches like this elsewhere in the world. Perhaps the first beach to claim this fame, is Venice, FL (see: https://www.visitsarasota.com/article/authentic-florida-venice-shark-tooth-capital-world ).

I was first here myself, when I brought a group of students from St. Lawrence University in Canton, NY here in January 1978. Likely not to be repeated, my first handful of sand on the beach had 4 teeth in it. My 13 students, all 1st time novices, had collected about 200 teeth in the following 45 min.

What’s interesting is that these teeth are here in such numbers…(& apparently, are similarly, in a fossil bed in Bear Gulch, Montana) yet I know of no other beaches in the world that are similar. We also know that beaches, such as Sanibel, are world famous as shelling beaches. The latter is a function of both the diversity of mollusk species living in the waters off here… but also, a function of wave action & how it sorts materials on the bottom & brings them to the beach. It’s just a fascinating thing to me, that apparently, fairly unique features of the bottom and water currents make things like this happen. If we could do a better job of understanding how these processes worked, we should be better able to predict, maybe even how to focus greatest efforts at reducing sea-borne pollution. 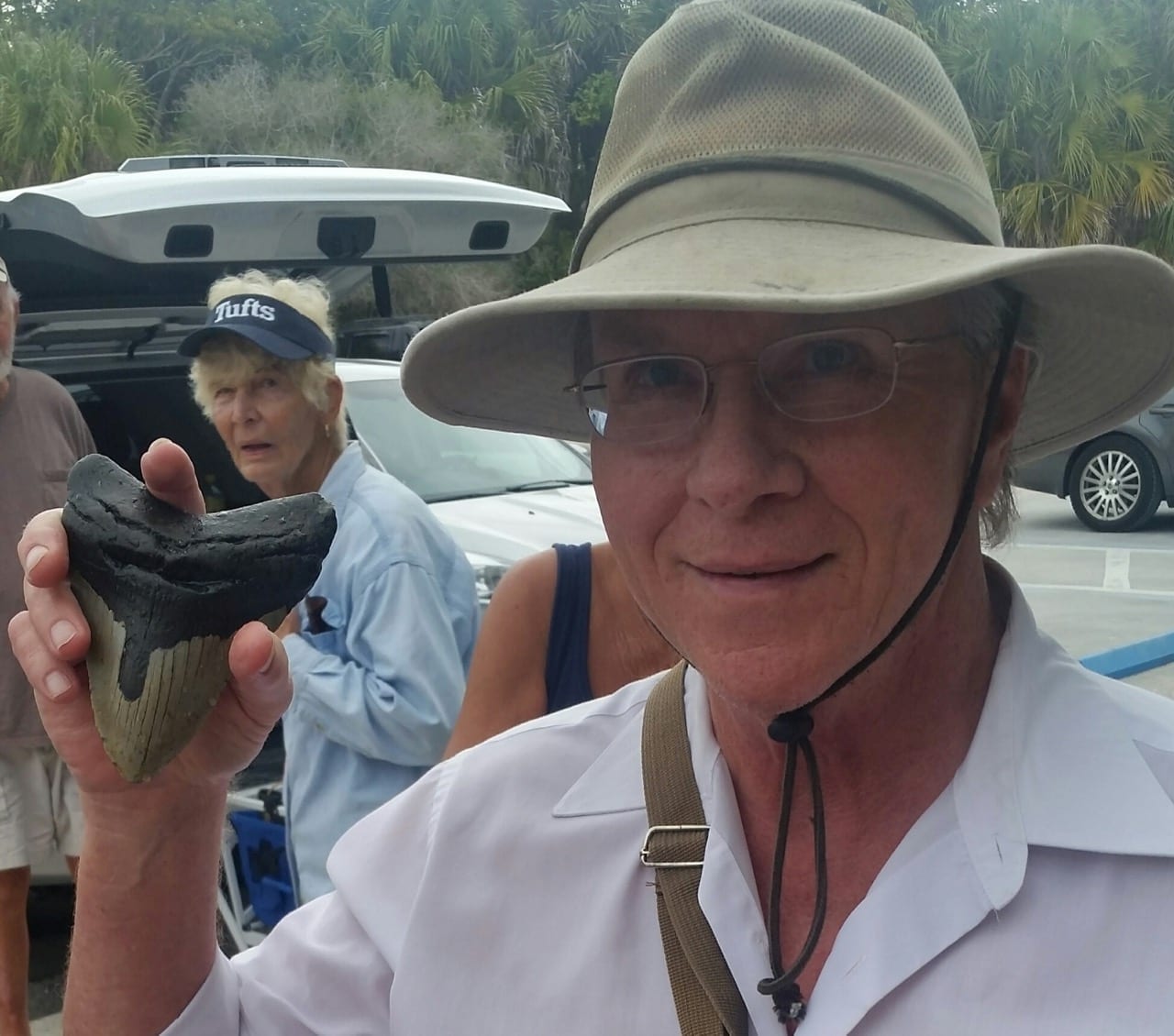 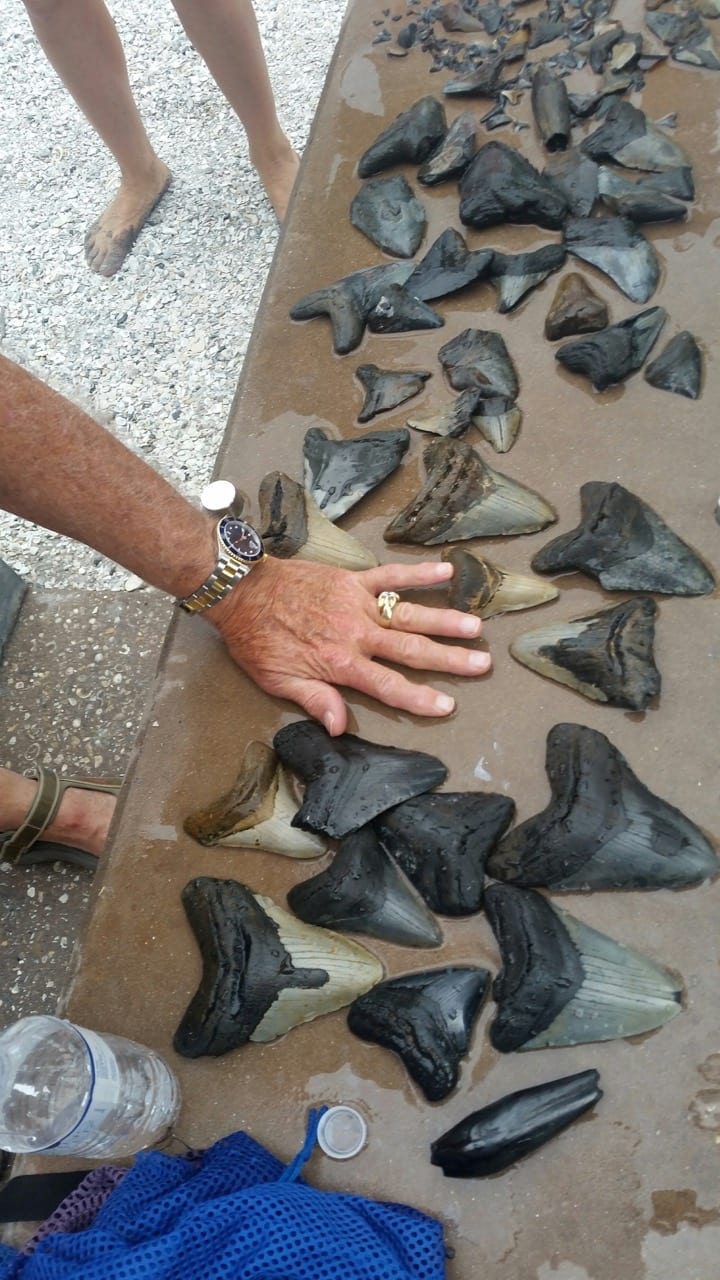 Several teeth collected by a professional tooth collector in about 35 feet of water, off shore.