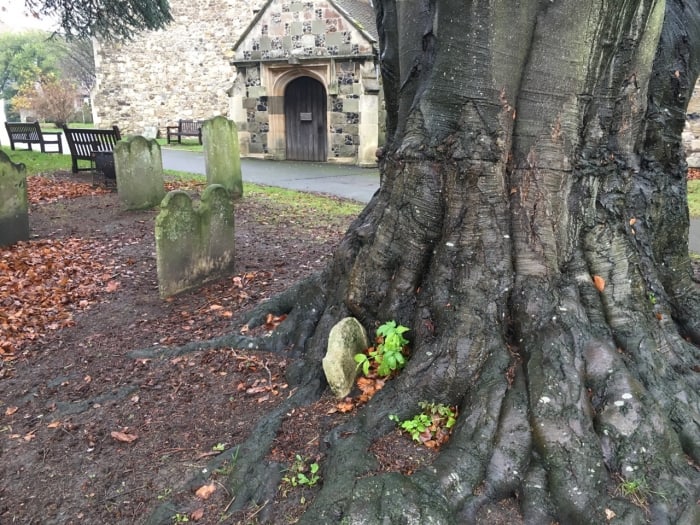 This week I spent a couple of days filming with presenter Natalie Graham and the BBC Inside Out team in Rye and Camber Sands, East Sussex.

The feature will be called ‘Winter Wonderland’ and will include natural navigation and a few other outdoor clues. The landscapes will be very pretty indeed. It will be broadcast on BBC1, but only in parts of the UK as it’s a regional programme, sometime in January. It will be available on iPlayer much more widely though.

I’ll update this page if I find out where and when it’s going out.

The photo above shows a tiny gravestone being gobbled by a massive beech tree at St. Mary’s Parish Church, Rye. It has only scant relevance to the film we made, but deserves more attention and gets to steal the show here.