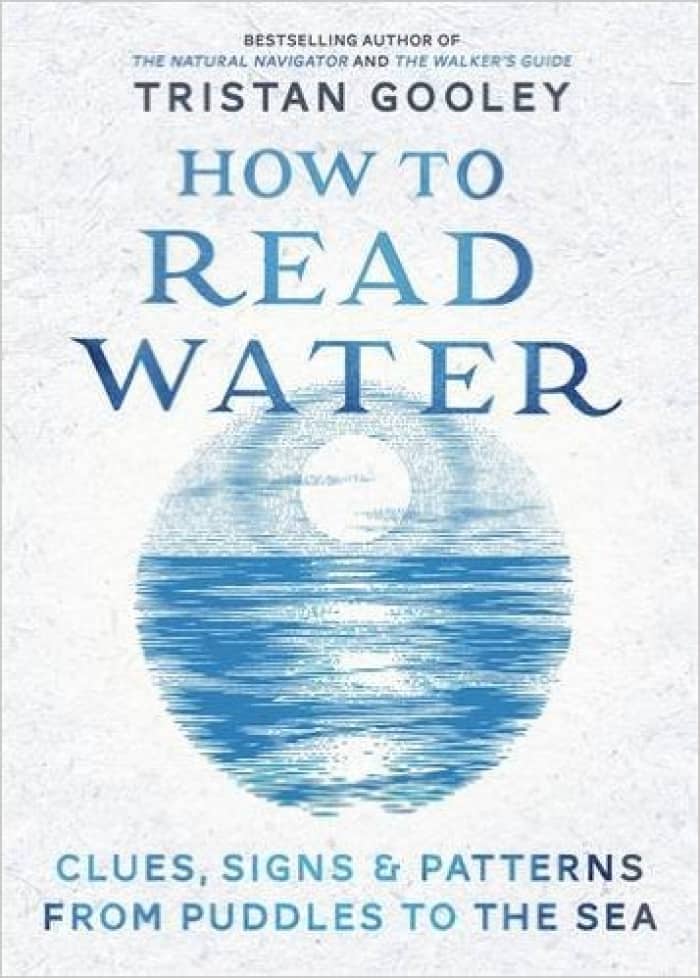 I gave an interview about my new book to the Telegraph on Saturday. It is not available on the Telegraph website, but here it is:

After the success of The Natural Navigator and The Walker’s Guide, why have you now decided to turn your attention to water?

Water took over my working life following a series of strange discoveries.

For years I had believed that the ancient wisdom of the great seafaring cultures – the Polynesians, the Arabs, the Vikings – was a closed shop, relevant only to those at sea. It was very frustrating, because I am always seeking ways to bring this type of rare knowledge into everyday life. For a long time that had seemed impossible when it came to reading water but then I noticed that we can see the Pacific in a pond.

How could two such different areas of water be similar in any way?

A couple of years ago I was standing at the edge of a pond when I suddenly recognised patterns that had formed in the ripples around a stone in the water. They were exactly the same patterns that form when waves meet islands in the ocean. Reading these effects is a rare skill that has been honed by the Pacific Islanders; but there I was staring at them in my own garden pond.

It was a pivotal moment, one that helped me to realise how we can all access this uncommon water wisdom. One of the keys is appreciating that scale is mostly irrelevant. We can learn plenty about the colour of the sea by peering into a bath.

So is the book mainly about ancient skills?

No. They feature, but another welcome discovery was that we can meld ancient knowledge with the latest science and this allows us to take these skills to another level again.

We can decipher all rivers, from the smallest streams to the greatest estuaries, by learning the universal rules that govern their behaviour. This gives us certain features to look for, some with attractive names like the ‘thalweg’ – the deepest line and fastest water.

Does our relationship with water differ across cultures?

Water follows the same basic rules and offers similar clues all over the world. This means that there are many similarities in how we read water across all cultures.

However, there are differences in the types of water behaviour that people tend to focus on. There is no mention of tides in the Bible, for example, because the Mediterranean is the focus in that part of the world. But for many cultures, from the Warao people of the Orinoco Delta to the Inuit in colder climes, the tides form an integral part of understanding their surroundings.

There are also beautiful cultural differences in the way we describe the water’s behaviour. A Westerner may talk about a swell arriving from the east, where a Pacific Islander talks of the wave from the Big Bird – their name for a star that rises in the east.

Some of the most interesting cultural differences come within the aquatic communities. A wild swimmer, angler, sailor and walker can all interpret waves in their own way and for different purposes.

Can a puddle really be as interesting as an ocean?

Every puddle tells a story and each one is worth a few seconds of our day, because otherwise we will miss the sublime examples out there. Puddles can be used to navigate as they reveal clues about the direction of the sun, wind and rain. But they also give us numerous clues to who has been there before us, from the tracks of a thirsty fox to the signature ripples of a nuthatch that fled its bath shortly before our arrival.

We can also use puddles to detect the faintest of motions, from the rumble of a distant tube train to the downdraft of a bat’s wings.

What can readers hope to learn from the book?

There are over 700 clues, signs and patterns in the book, so each reader will find the signs that appeal to them. I’ve tried to write in a way that I hope also lures enthusiasts towards fresh and previously unexplored areas. I know of one swimmer whose antipathy towards fishing disappeared when she read a review copy of the book -now she is now desperate to meet a fly-fisher. This made me very happy.

For more information about the book see this page.