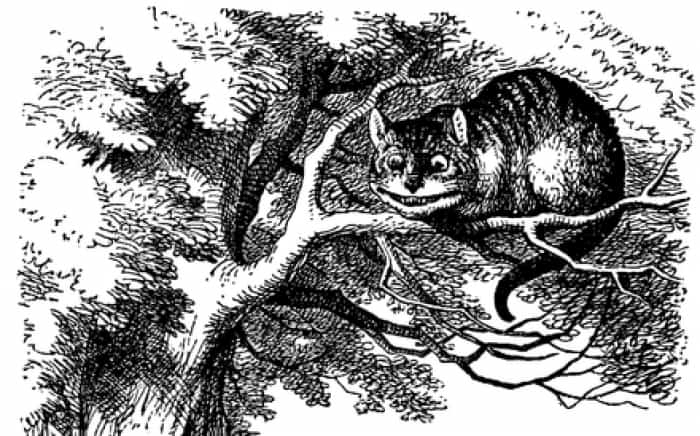 The Cat only grinned when it saw Alice. It looked good-natured, she thought: still it had very long claws and a great many teeth, so she felt that it ought to be treated with respect.

`Cheshire Puss,’ she began, rather timidly, as she did not at all know whether it would like the name: however, it only grinned a little wider. `Come, it’s pleased so far,’ thought Alice, and she went on. `Would you tell me, please, which way I ought to go from here?’

`That depends a good deal on where you want to get to,’ said the Cat.

`I don’t much care where–‘ said Alice.

`Then it doesn’t matter which way you go,’ said the Cat.

`–so long as I get SOMEWHERE,’ Alice added as an explanation.

Alice felt that this could not be denied, so she tried another question. `What sort of people live about here?’

`But I don’t want to go among mad people,’ Alice remarked.

The Books and Library Sections