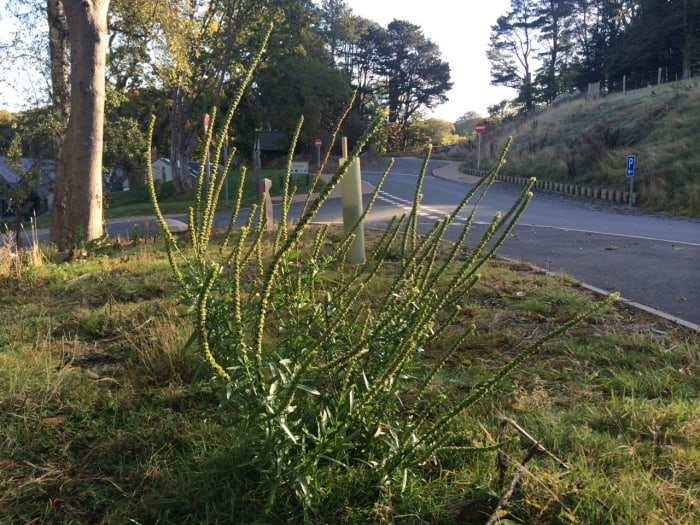 The Sunflower (helianthus annuus) is famous for its ability to track the sun over the course of a day.

A less well known, but quite abundant plant, called, ‘Weld’ (Reseda Luteola) also displays this ability. It is an effect known as ‘heliotropism’.

Weld thrives in ex-industrial areas, in disturbed ground (it loves old bomb craters) and by roadsides, as in this picture. It has been used historically as the source of a bright yellow dye. It is also very useful for natural navigators.

In this picture, which I took outside the wonderful Welsh Food Centre last week, we are looking East; the weld is curved towards the south.