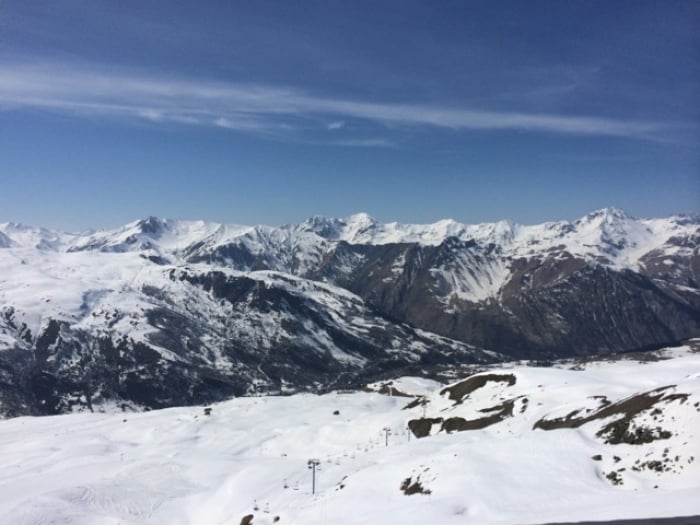 I’m just back from a week’s skiing in the French Alps.

Whilst there I managed to track down one of the most seasoned local pros and asked him lots of questions. Well, actually it ended up being only a couple of questions as our conversation went something like this:

“What clues do you use to help you find your way if visibility is poor?”

“It’s not a problem. I can tell which way is which by the snow at all times.”

“Yes. It’s very straightforward. The north, south, east and west facing slopes all have a very different character of snow at each point in the day.”

Whilst I was aware of this in a general sense of course, I was surprised how confident he was about it. We went for a ski together and he tested me by asking me to name the aspect by the quality of the snow under my skis. It was amazing, the difference became obvious with a bit of practice and instruction, even over a few metres round a few hairpin turns.

In fact once I’d tuned to the clues, not just the look and feel of the snow, but also the sound under skis, I realised that I could do some quite interesting direction finding when the sky clouded over.

On an east-facing piste that had been in the sun in the morning, the sudden scratchy sound of ice patches amongst softer snow meant I could read back from them to the trees on one side to work out direction. Very satisfying, if occasionally a little hair-raising. I’m an OK skier, but not so good I can stare at trees behind me whilst making turns.

During another conversation I asked him about avalanche advice. He gave me some advice about recognising danger signs that tallied with some of the tips I’ve been writing about recently, but then I asked him about what his advice would be if you’re trapped in one. He said there are 3 important steps.

“1. Use your hands and arms to make space and air for you to breathe.

2. Use spit or piss to work out which way is up and down and see if you can crawl out.

If you look at the image above you can see where a ridge line curves round to become more south-facing than the higher one behind it.

In the image below, there are several shades of colour on the ground. White snow in the foreground, off-white snow behind that and then a combination of bare and white slopes in the (south and east facing slopes respectively).

The off-white colour in the middle distance is snow with a thin layer of Saharan sand on it. 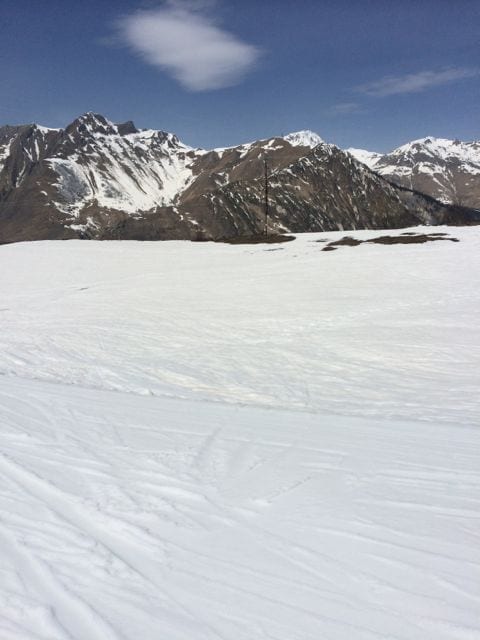