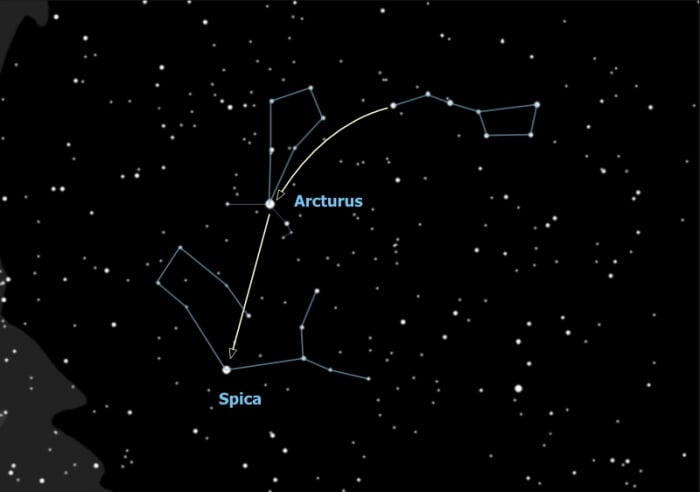 I enjoyed cooking some new recipes on the weekend, baking mainly, and this made me think about the night sky.

Many people want to make sense of the night sky, but find it daunting. Almost all interesting challenges are daunting when we look at them in their entirety. The trick is to learn the small first steps and early stages. The most complicated recipe in the world can be achieved by following small steps and a recipe book that didn’t follow this approach would fast find itself in the bin, covered with great dollops of the failed dough.

So it is with the night sky. The best way to think about the night sky is like a map. If I unfurled a map of Europe in front of you and asked you to point to Madrid, your eyes would recognise familiar shapes of the European countries very quickly and in a second or two you would have zeroed in on Spain and then Madrid in turn.

This same approach works with the night sky. All we need to do is learn some friendly shapes and these will act as a signpost to help us find other parts that we are looking for.

One of the best known and most helpful shapes in the whole night sky is the Plough, also known as the Saucepan or Big Dipper. Natural navigators get to know this shape before every other, as it is the most effective way of finding the north star.

The Plough is also very helpful as a first stepping stone in getting to known one or two other areas of the night sky. If you think of this shape as a saucepan and look at its handle you’ll see that it forms a curve of three stars. If you follow this arcing line away from the Plough, then you will easily find the very bright orange star, Arcturus, part of the constellation, Bootes. Continue on a bit further and you find a bright white star called, Spica, part of the constellation, Virgo.

This starts to sound complicated, but the steps are simple and normally remembered with the line, ‘Arc to Arcturus and then spike to Spica.’ Look at the diagram above to see it in action.

Much like interesting recipes, there is a tendency for us to read them, go ‘oh, I see, that looks nice’ and then move onto something more urgent and far less interesting. Like emails.

There is an added incentive to give these first couple of steps of navigating your way around the night sky a go sooner rather than later. If you do it this month, you will also get to spot Mars very close to Spica, in the eastern sky if you look in the evening.