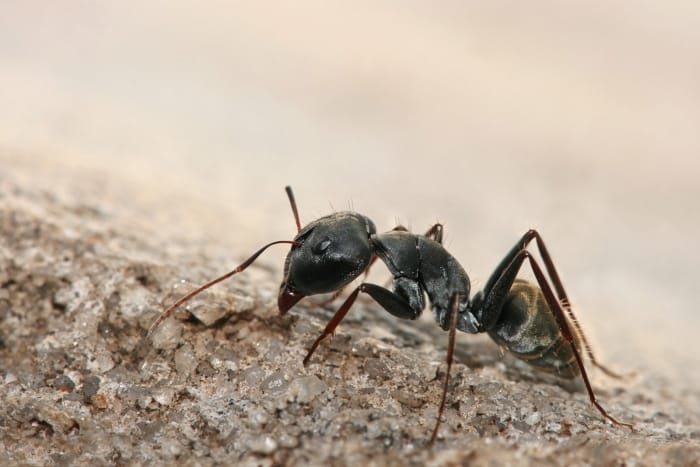 One of the questions I like to ask at the start of some courses is this:

The answer is at the bottom of the page.

If you got this right, or even if you got it wrong but made a logical attempt to solve it, then you are already familiar with the concept of ‘dead reckoning’, even if the name is new to you.

The original source for the expression, ‘dead reckoning’ is not known for certain (there are competing theories), but a strong contender is that it is a modest abbreviation of ‘deduced reckoning’. Which is itself a concise way of saying, ‘Obviously, if I’ve travelled one kilometre north, then my start point must be 1 km south of where I’m standing.’

Dead reckoning is mind-bogglingly simple in principle and unbelievably powerful in practice. At some level this sort of basic logic underpins the majority of journeys in the world. It allowed ancient sailors like Pytheas to take on some seriously bold expeditions without fearing it would be impossible to find his way home again. And it means that when we travel to work each day we don’t say goodbye to loved ones in the morning melodramatically; we expect to see them again.

Dead reckoning is absolutely vital in natural navigation. If you can use nature to work out the direction you are travelling, which is a very big and fun chunk of the subject of natural navigation, and then you keep tabs on distances by counting your paces (or time, which amounts to the same thing if you know your speed. Remember distance = speed x time, keep up at the back), then getting completely lost is much harder to achieve. In fact if you gauge direction and distance perfectly – and keep really good tabs on them, which navigators call a keeping a ‘log’ – then getting lost on land is impossible. If you get either wrong or lose tabs of either, then getting lost is easy. Dead reckoning is a bit like crossing the road: the method is very simple, but the results of growing too casual about it are not appealing.

Our modern reliance on technology (over-reliance? Debate. Actually don’t bother, just Google: ‘man drives into sea thanks to GPS’, or any variety of that), means that dead reckoning can feel strangely technical and unnatural to humans now. But it is a very natural process indeed.

So natural in fact that the more scientists learn about the way animals navigate, the more they come realise that animals depend on dead reckoning. Although, since animal navigation researchers like to inhabit their own fascinating world, they call it something a bit different: ‘path integration’. Path integration is dead reckoning for those who like microscopes and minibeasts.

Many animals, not least the birds, have long been known to have a formidable natural compass, capable of using the sun, moon, stars, wind and landmarks to find their way. With each passing year we learn more about the animals’ amazing ability in finding direction, and now increasingly their ability to gauge direction too. Cataglyphis ants have been found to gauge how far they have travelled by counting their paces. (The way scientists learned this sounds too barbaric for me to describe in detail before the 9pm watershed, but let me just drop the hint that the shorter your legs, the less far you travel with each step). Bees can measure how far they have travelled and then communicate this to others, they are also able to pass on that it will be further through the air if there is a headwind than if the air is still.

So, here is a little experiment to try on a sunny day. It sounds unbelievably simple, but I promise it will feel quite revelatory if you actually try it:

Walk 10 paces towards the sun.

Now, point to the sun with your left arm outstretched, so that your shadow falls perfectly to your right, and walk ten paces in a straight line.

Now, walk 10 paces directly towards the shadow of your head.

Finally, point to the sun with your right arm so that your shadow falls perfectly to your left, and walk 10 paces in a straight line.

Are you by any chance back where you started? Magic. Well, it might not feel like magic on that scale, but with a bit of experience, it does start to feel more like that when 10 paces become a thousand or more.

Congratulations by the way, you’ve just successfully learned to walk like an ant.

Answer to question at top:

You need to walk 10 paces to the west to get back to your start point.