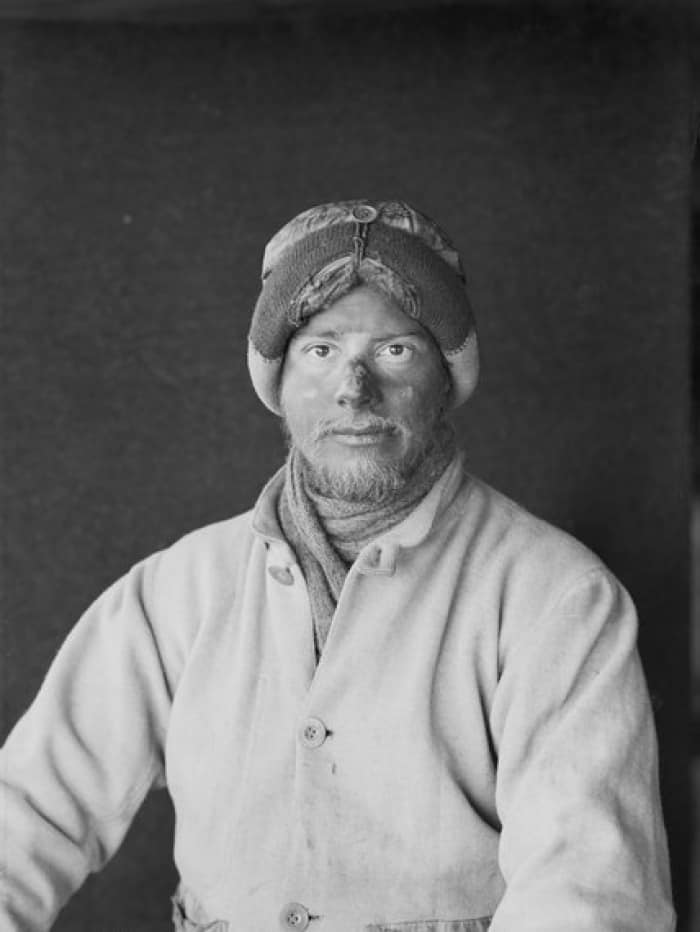 Below is a short extract from Apsley Cherry-Garrard’s classic of exploration literature, The Worst Journey in the World.

This passage contains several valuable and interesting insights that can be applied to our journeys much closer to home.

“It was the blizzard of July 4, when we were lying in the windless bight on our way to Cape Crozier, and we knew it must be blowing all round us. At any rate it was blowing at Cape Evans, though it eased up in the afternoon, and Atkinson and Taylor went up the Ramp to read the thermometers there. They returned without great difficulty, and some discussion seems to have arisen as to whether it was possible to read the two screens on the sea-ice. Atkinson said he would go and read that in North Bay: Gran said he was going to South Bay. They started independently at 5.30 p.m. Gran returned an hour and a quarter afterwards. He had gone about two hundred yards.

Atkinson had not gone much farther when he decided that he had better give it up, so he turned and faced the wind, steering by keeping it on his cheek. We discovered afterwards that the wind does not blow quite in the same direction at the end of the Cape as it does just where the hut lies. Perhaps it was this, perhaps his left leg carried him a little farther than his right, perhaps it was that the numbing effect of a blizzard on a man’s brain was already having its effect, certainly Atkinson does not know himself, but instead of striking the Cape which ran across his true front, he found himself by an old fish trap which he knew was 200 yards out on the sea-ice. He made a great effort to steady himself and make for the Cape, but any one who has stood in a blizzard will understand how difficult that is. The snow was a blanket raging all round him, and it was quite dark. He walked on, and found nothing.

Everything else is vague. Hour after hour he staggered about: he got his hand badly frost-bitten: he found pressure: he fell over it: he was crawling in it, on his hands and knees. Stumbling, tumbling, tripping, buffeted by the endless lash of the wind, sprawling through miles of punishing snow, he still seems to have kept his brain working. He found an island, thought it was Inaccessible, spent ages in coasting along it, lost it, found more pressure, and crawled along it. He found another island, and the same horrible, almost senseless, search went on. Under the lee of some rocks he waited for a time. His clothing was thin though he had his wind-clothes, and, a horrible thought if this was to go on, he had boots on his feet instead of warm finnesko. Here also he kicked out a hole in a drift where he might have more chance if he were forced to lie down. For sleep is the end of men who get lost in blizzards. Though he did not know it he must now have been out more than four hours.

There was little chance for him if the blizzard continued, but hope revived when the moon showed in a partial lull. It is wonderful that he was sufficiently active to grasp the significance of this, and groping back in his brain he found he could remember the bearing of the moon from Cape Evans when he went to bed the night before. The hut must be somewhere over there: this must be Inaccessible Island! He left the island and made in that direction, but the blizzard came down again with added force and the moon was blotted out. He tried to return to the island and failed: then he stumbled on another island, perhaps the same one, and waited. Again the lull came, and again he set off, and walked and walked, until he recognized Inaccessible Island on his left. Clearly he must have been under Great Razorback Island and this is some four miles from Cape Evans. The moon still showed, and on he walked and then at last he saw a flame.

Atkinson’s continued absence was not noticed at the hut until dinner was nearly over at 7.15; that is, until he had been absent about two hours. The wind at Cape Evans had dropped though it was thick all round, and no great anxiety was felt: some went out and shouted, others went north with a lantern, and Day arranged to light a paraffin flare on Wind Vane Hill. Atkinson never experienced this lull, and having seen the way blizzards will sweep down the Strait though the coastline is comparatively clear and calm, I can understand how he was in the thick of it all the time. I feel convinced that most of these blizzards are local affairs. The party which had gone north returned at 9.30 without news, and Scott became seriously alarmed. Between 9.30 and 10 six search parties started out. But time was passing and Atkinson had been away more than six hours.

The light which Atkinson had seen was a flare of tow soaked in petrol lit by Day at Cape Evans. He corrected his course and before long was under the rock upon which Day could be seen working like some lanky devil in one of Dante’s hells. Atkinson shouted again and again but could not attract his attention, and finally walked almost into the hut before he was found by two men searching the Cape. “It was all my own damned fault,” he said, “but Scott never slanged me at all.” (Text from The Gutenberg Project.)

The passage above reminds us that:

1. The wind can be used to help find and hold a course, but…

2. … we need to remain sensitive to the effect the land around us will have on this wind:

“We discovered afterwards that the wind does not blow quite in the same direction at the end of the Cape as it does just where the hut lies.”

3. Without an external reference or navigation instrument, everyone has a tendency to walk in circles.

4. The sun or moon are perfect external references, when visible they are gifts and shouldn’t be ignored. An awareness of the bearing of the moon, either directly or relative to known landmarks can be a lifesaver:

“There was little chance for him if the blizzard continued, but hope revived when the moon showed in a partial lull. It is wonderful that he was sufficiently active to grasp the significance of this, and groping back in his brain he found he could remember the bearing of the moon from Cape Evans when he went to bed the night before. The hut must be somewhere over there: this must be Inaccessible Island!”