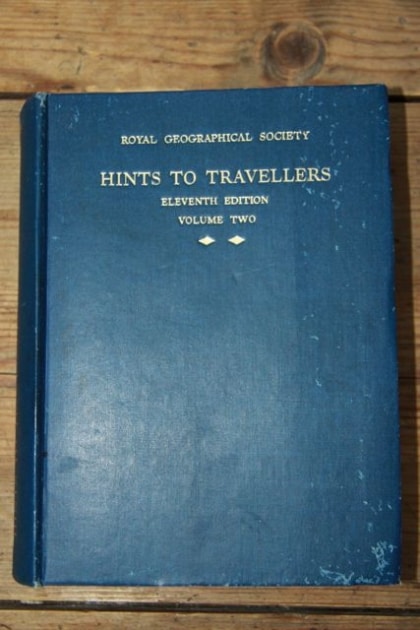 Whilst researching something for the book I’m working on, I came across a paragraph in the following work.

(As a Fellow of the Royal Geographical Society I was in two minds whether to post this blog as it does not show the RGS in its finest hour. But I feel the insights contained within this excerpt are more important than the blushes of the Society.)

This edition was published in 1938. The following paragraph, reproduced verbatim, is one of the best insights that I have come across to the views of the intellectual establishment in this country on the eve of World War II. It is shocking and fascinating on many levels.

Differences in temperament are common: compare the shy and grave Malays with the boisterous Africans. It is an interesting but difficult problem how far such differences are due to inherited race-character, and how to education and custom, and to the conditions of life. Nor has it been determined how far emotions are differently expressed by different races; notice if their smiling, laughing, frowning, weeping, blushing, etc., differ perceptibly from ours. The acuteness of sight, hearing, and smell among wild peoples is often remarkable, but many accounts require sifting. The skill of savages in path-finding and tracking depends in great measure on this being one of the most necessary arts of life to which they are trained from childhood. The native hunter or guide’s methods of following the track of an animal, or finding his own way home by slight signs, such as bent twigs, and keeping general direction through the forest by the sky and the sheltered sides of trees, when learnt, lose much of their marvellous appearance. Testing the mental powers of races is interesting; some races are inferior to others in volume and complexity of brain, Australians and Africans being in this respect below Europeans, and the question is to determine what differences of mind may correspond. To compare the capacity of two races is made difficult by their different training. One of the best tests is the progress made by children in colonial or missionary schools; it is commonly stated that children learn as fast or faster than European children up to about twelve, but then fall behind. The subject is of great importance, both scientifically and as bearing on practical government.”