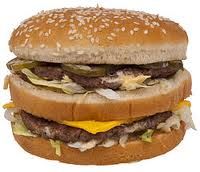 Have you ever noticed how fat people tend to feel the cold less than skinny people?

Have you also noticed how it gets colder as your latitude increases?

Are you ready for a long sentence with too many uses of the word ‘idea’?

One of the most interesting ideas about new ideas is that there is no such thing as a new idea, the idea being that a new idea is just two old ideas connected in a new way. You get the idea?

In 1847, the German biologist, Carl Bergmann, bolted two very simple ideas together and proposed the following:

We should expect to see body sizes of animals within the same group increase with latitude.

The science behind the two parts is straightforward and logical.

As body mass increases for an individual species, the surface area to volume ratio decreases, and so the energy needed to survive relative to total weight drops. An animal that weighs 10kg will not need double the Calories of a similar animal that weighs 5kg.

The other piece of the science is even more straightforward. As latitude increases, solar energy reduces on average, so it gets colder and the body mass to surface area ratio becomes more critical.

Bergmann’s Rule has been found to apply to mammals and birds. This has included humans. The Inuit, Aleut and Sami all live in high latitudes and they are heavier on average than populations from lower latitudes.

In 1877, Joel Allen, an American zoologist tried to go one step further by pointing out that shorter limbed people have a lower surface area to volume ratio than long-limbed individuals. He suggested we should see people with shorter limbs in high latitudes. Allen’s Rule caught on, but the data to back it up is a lot less strong than Bergmann’s.

In natural navigation terms, the conclusions are simple. If you head north until you meet people who are… I’ll stop there, because Gooley’s Rule, which has not caught on yet in scientific circles is as follows:

As latitude increases, the likelihood that someone will knife you for causing mild offence… also increases.