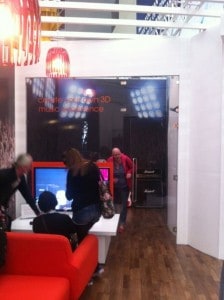 The Gooleys went on a family mission to the Olympics on Tuesday. We were lucky enough to get tickets to see the women’s team gymnastics final.

There are very few forward-rolls or headstands on offer in this competition, you know, proper gymnastics. But there was a fair amount of gravity-defying and human-centrifuging by way of compensation. I turned to my wife and kids at one point and said, in a penny-dropped, gobsmacked kind of way,

‘We are watching the best in the world. The best out of 7 billion.’

This was all the more incredible for me, as gymnastics is something that almost everyone in the world has a go at. Even the poorest kids in the world can attempt a cartwheel. And they will almost all do a better job than I did, despite my having the advantage of access to heavy blue mats that stank of the oldest dust and rubber on Earth. If I was exposed to the smell of those mats and the sound of them being dragged across that wooden floor today, it would trigger a regression. I’d end up holding out a bowl and asking for more Angel Delight.

The anticipation of the great day had been less exciting. I’ll be honest, the thought of getting from the south coast of England to the southeast of London and into the North Greenwich Arena (the artist formerly know as the O2), as a family, during the Olympics filled me with a little fear. I was excited about the watching the event, but in my annual schedule of small and larger expeditions, this was right up there in the adrenaline stakes. We had volunteered for an expedition into a country that is labelled on the map, ‘Valium Territory’.

I cannot praise the organisers highly enough, everything went very smoothly. It was an impressive display of management and planning. There were very good signs and maps everywhere and the flow of people worked brilliantly. Whenever we had a question, we were never more than twenty metres from somebody in bright Olympics uniform who offered us friendly and knowledgeable help. Public transport had on the day, and against all my preconceptions, become… fun. On Tuesday we may have been beaten to 6th in the gymnastics, but we got a gold in logistics. Urghh, sorry.

More seriously, behind all of this smooth flow, there must have been a lot of hard-working people and some amazing technology working together. I can’t believe this could all have been done with paper and pencil, or a gang of Excel spreadsheets that would send shivers down the spine of an accountant. Who has never felt that chilled tyranny of the spreadsheet?

In case you’re worried that all suddenly makes sense in the world, allow me a counterpoint.

Before the competition began, we visited a Sony marketing area outside the main stadium. Inside, another helpful man – this time in Sony attire – ushered us towards a large screen and showed us an extraordinary piece of technology. Extraordinary how?

In the picture above you can hopefully make out three people looking at a large flatscreen TV. Behind this TV there was a glass wall and behind that there was a booth with some cameras in it. What you probably can’t quite see is that those watching the TV are wearing special dark glasses.

The enthusiastic Sony man explained what their creation was capable of. If you walked through the glass door into the booth then 3D cameras would film you. This would be relayed instantly to the TV screen. Using the special goggles, you could then look at the TV and see the person in the booth in 3D. (Well, sort of, you know what I mean by 3D in this context, but if you don’t, then allow me to give a technical description of 3D TV and cinema: ‘There is some differentiation between things in the front and things in the back. Sometimes not a whole lot.’)

Something I couldn’t help notice was that I could look through the glass, without the special glasses, and see these same people in very good 3D. The definition was incredible.

I know, I know, I’m being unfair, that’s not the point of this demonstration; those watching could be on the other side of the world linked via 3D Skype or something similarly worrying, blah blah.

But I do love these moments. They trigger a reaction: technology is often deemed amazing when it somehow manages to poorly emulate the world without technology.

The photo itself is something of a postmodern icon I think: A naturalist takes a photo of a 3D television using his telephone, solely in order to upload it to his blog and bemoan technology. Go figure.