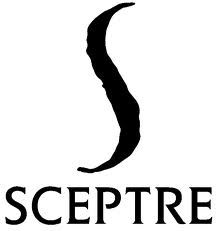 Sceptre, the publisher of my upcoming book, is celebrating its 25th birthday this year. To mark the occasion, Sceptre invited their writers to pen something on the theme of 25. The following formed my birthday offering.

Anyone who finds their mid-twenties easy is open to accusations of being a dullard. I wanted to be many things when I was twenty-five, but a dullard was not one of them. Fortunately, it proved to be a most irksome age.

Almost every molecule in my twenty-five year old body was urging me to become a writer. But, deciding to become a writer requires courage and I was lacking in it. The urging molecules and absent courage battled with each other and led to a nauseating, fizzing sensation. Sensible decisions, I now know, are not made in the midst of fizzing sensations.

Sitting on a bench in Paddington train station, I punished myself for a lack of courage by deciding to attempt to fly solo and then sail singlehanded across the Atlantic.

It took the view down into the blue from a single-engine aircraft, followed by the view up a series of monstrous white waves to convince me that it was time to write.

The blank page remains more fearsome and exciting than the Pond.