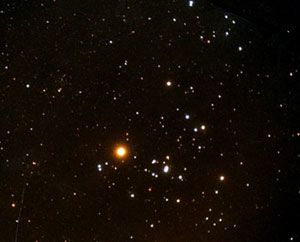 The research that I have been doing for the book I am currently writing led me to an interesting study. Academics have found that there is an inverse relationship between wealth and awareness of nature. This trend appears to be true in places as different as Indonesia and the UK.

The number of local plant species that people can identify tends to be inversely proportional to their income. The study did not reveal whether this was a cultural phenomenon or purely economic one, ie. do people know solely because they need to or also because they want to?

I was reminded of this study yesterday evening as I re-read an old favourite of mine, George Orwell’s ‘Down and Out in Paris and London‘. One of my favourite passages about the stars can be found in this book. Orwell is spending time with a ‘screever’, a pavement artist, and finds this man to be a singly unusual and fascinating individual. The man was called Bozo and Orwell describes a moment during one of their evening walks together…

Bozo fell silent for a minute or two, and to my surprise I saw that he was looking at the stars. He touched my arm and pointed to the sky with his stick. “Say, will you look at Aldebaran. Look at the colour. Like a great blood orange!” From the way he spoke he might have been an art critic in a picture gallery. I was astonished. I confessed that I did not know which Aldebaran was — indeed, I had never even noticed that the stars were of different colours.

George Orwell may have been living as a tramp at the time of writing, but he was educated at Eton College prior to that.