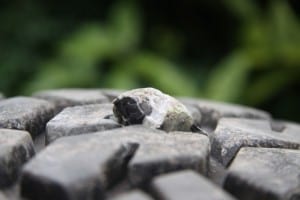 On a Country Navigator course on Saturday, I was asked a question that I get asked quite regularly:

“What sort of people come on your courses?”

It is both an easy and difficult question to answer. The difficult part is that the backgrounds of those who have an interest in natural navigation is extremely diverse. It is tempting to say that it could not be more diverse, but that is not true; by the time someone finds themselves on one of my courses they have selected themselves as someone who can reach the UK (typically) and also someone who either is willing and able to spend some income on a rare skill or is close to someone who is willing to do that for them as a present. Put another, more flippant way, I don’t get many subsistence farmers from Africa or Asia on my courses.

It is fair however to say that within the subset of professional British people, the diversity would be hard to beat and this is something that I have blogged about before.

The easy part to answer is that, without exception, those who have come on my courses to date have been of a positive and kind nature. I have honestly yet to come across an individual on one of my courses who makes me question a long-held belief that those that have at least some curiosity and interest in nature and the outdoors will not be found amongst subset of humanity’s worst. I am no doubt being hopelessly romantic and naive, but I like to believe that the two circles of the Venn diagram do not intersect.

What has all that got to do with a photograph of a tyre? On the course on Saturday, I had to drive partly up a bank to allow a tractor to pass on a steep road. Two minutes later as we disembarked I heard a hissing, twenty minutes after that I returned to a Land Rover with a flat tyre. As you will see from the treads in the picture, it was an off-road tyre and the culprit is that determined flint protuding from the rubber. Could it have been an arrow or spearhead from an earlier civilisation, the area is rich with archaeological treasures… were not the thoughts entering my head at the time. Something altogether less cultured went through my mind.

Weighing up the best approach, I offered those on the course the opportunity to leave me to change the tyre while they had lunch in the pub and we would continue the course afterwards with the spare in place.

They would hear none of it and insisted in helping me change the tyre, which was both generous and fortuitous as one timely observation stopped me raising the jack through the floor of the vehicle at one point.

My thanks to those involved!