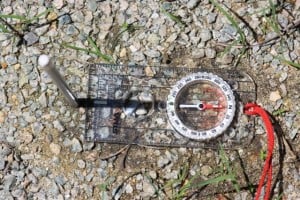 On holiday I did try very hard not to think too much about navigation, but wherever I am I cannot resist checking that the sun is behaving itself appropriately considering my latitude and the season. At 7 degrees north, Phuket is in the northern hemisphere and the tropics and because the sun is now well south of the equator the short midday shadow is cast towards the north. Nearer June this same pencil would cast a shadow in the opposite direction at midday, to the south.