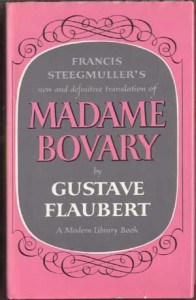 The wind brings with it the character of the land, or water, it passes over. It adopts signature scents and temperatures and if the land of an area is known well enough, it is often possible to deduce the direction that a wind is coming from by analysing its character. Gustave Flaubert does a humorous and divine job of exposing this concept through the mouth of the young chemist in his novel, Madame Bovary:

‘And, as it happens, we are sheltered from the north wind by the Forest of Argueil on one side, from the west wind by the Cote Saint-Jean on the other; and this heat, you see, which on account of the water vapour given off by the river and the considerable presence of cattle in the meadows, which exhale, as you know, a good deal of ammonia, that’s to say nitrogen, hydrogen and oxygen (no, just nitrogen and hydrogen), and which, sucking up the humus from the soil, mingling these several emanations, doing them up in a bundle, so to speak, and combining spontaneously with the electricity circulating in the atmosphere, whenever there is any, it could in the long run, as happens in the tropics, engenger insalubrious miasmas; this heat I tell you, is tempered precisely in the quarter from whence it comes, or rather from whence it would be coming, which is to say the south, by the south-easterly winds, which, having cooled themselves off in crossing the Seine, sometimes lash down upon us, like breezes from Russia!’

Flaubert also demonstrates another truth: only those that have mastered a form are allowed to flout the rules, in this case the recommended length of a sentence.