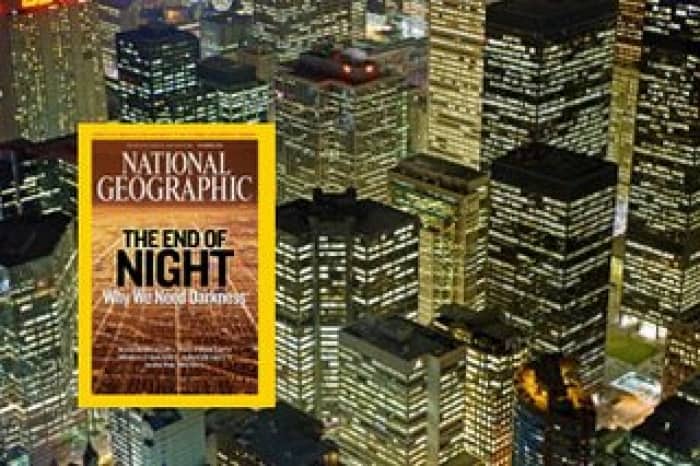 I gave a lecture at the Clothworker’s Hall in the City last night. I think it went well, no rotten fruit or vegetables came my way at least. It did mean a night in a hotel and the need to fill some time in the usual Alan Partridge style. It was at the hotel that I read the cover story in this month’s National Geographic about light pollution. All stargazers are aware of the problem and I thought that this was a story that had been done pretty thoroughly, but the NG approach was fresh and made for a satisfying read.

One sentence caused me to pause and then reread. After a second reading my jaw my have dropped a touch:

‘In the south Atlantic the glow from a single fishing fleet—squid fishermen luring their prey with metal halide lamps—can be seen from space, burning brighter, in fact, than Buenos Aires or Rio de Janeiro.’