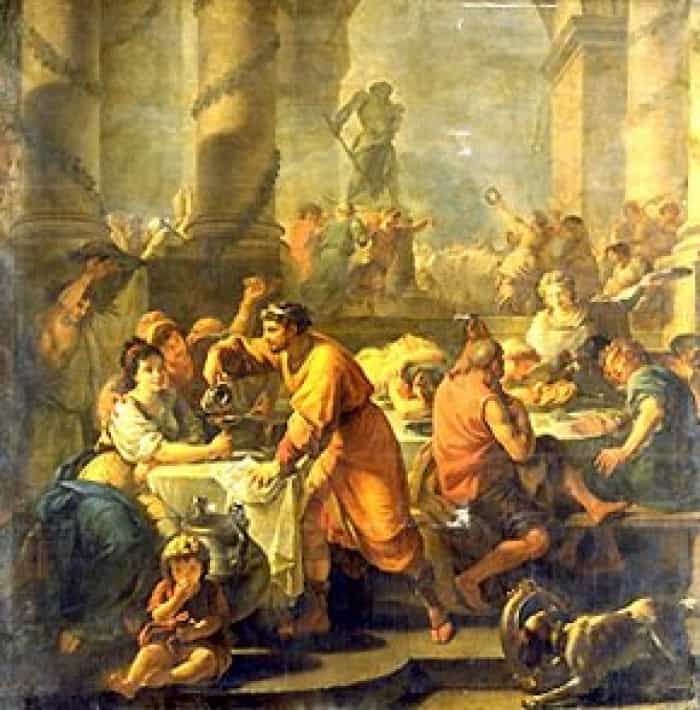 A great morning for stargazing and one planet in particular was holding court. Saturn hung brightly in the southern sky between Virgo and Leo.

In astronomical terms Saturn is an impressive planet, the second largest in the solar system and girded by its famous rings. It also comes with as much religion and mythology as you could ask for on a crisp November morning.

Saturn featured very strongly in Roman religion as the harvest god, responsible for sowing, seed and most things agriculture. His festival, Saturnalia, was a time of much merriment and became the most celebrated of Roman festivals as tools were downed, slaves granted temporary freedom and ‘certain moral restrictions were eased’, and for all their seriousness in battle the Romans sure knew how to ease a moral restriction when they chose to. It was such a success that we are still feeling its partying power to this day. Saturnalia was originally celebrated on December 17th, but became a week long celebration and paved the way for our festivities at Christmas and New Year.

When Saturn was not busy doing all this he also lent his name to a day of the week, ‘Saturday’, from ‘Saturni dies’ in Latin.

While thinking this over I noticed something else less mythical and more tangible, the back of my head and ears were freezing. If a wind feels a lot colder than normal it often has some north in it, which like so much of understanding nature is common sense. A bigger slice of common sense was for me to stop shivering in my pyjamas and coat and get inside.