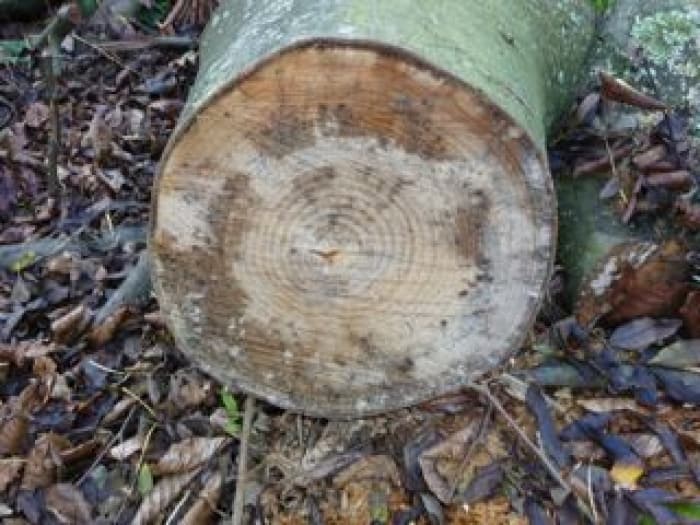 Leonardo da Vinci is among the great and the good to have noted that tree growth is not symmetrical, it is heavily influenced by the wind and the sun. One of the consequences is a growth bias towards the south (in the northern hemisphere). This can normally be spotted more easily in the branches of a living tree, but a tree that has been cut down can also yield its secrets through its rings.

As the tree funnels its sap and energy towards the sun its trunk bends and distorts. This leads to thicker growth on the opposite, northern side and means that the heart of the tree is more likely to be found closer to the southern edge of the bark.

The theory is sound and it does work, but it can take a bit of practice to use well. The four pictures above are of cross-sections of the same tree, a beech that I found recently felled in nearby woods. It certainly has the potential to confuse and mislead. Nature is too interesting to be kind all of the time.