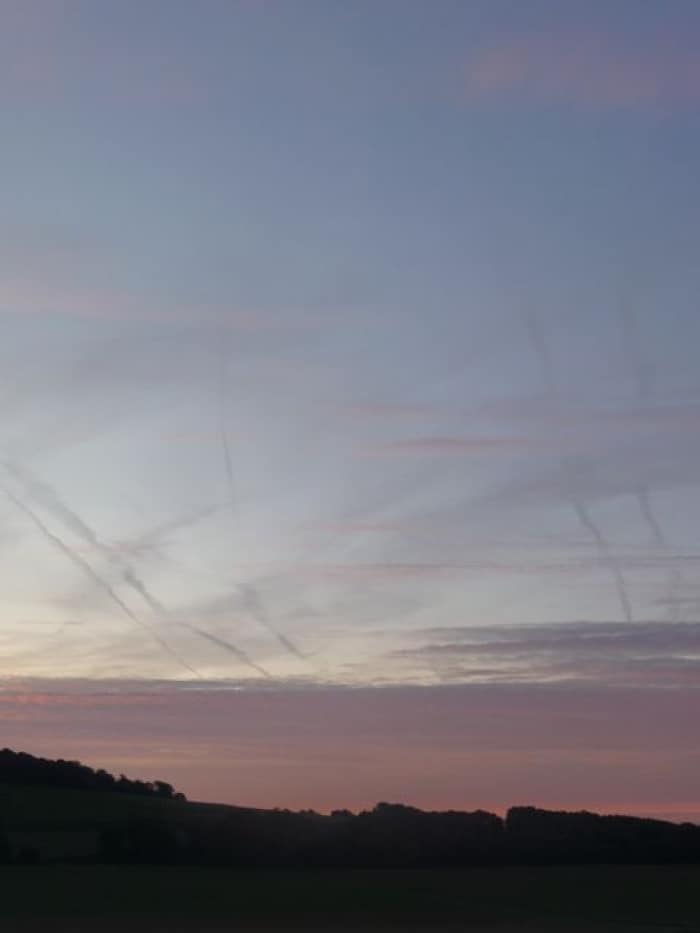 A fresh peach of a dawn this morning. The contrails in the first photo have a clear southeast track to them which is not unexpected as there’s lots of civilisation to the distant southeast of Sussex and relatively little in other distant directions.

Dawn light always feels very different to sunset light. I use the word feel deliberately, because the actual light and colour differences are often subtle. Even if they look similar our normal sleep patterns and lifestyles, combined with the temperature differences mean that we rarely look at a sunset and dawn with similar sensations. If we are in a familiar place we know where to expect morning or evening light, but even mid-Atlantic robbed of lots of other stimuli they feel massively different, one heralding an end to cold and the other respite from sweltering.

But do they actually look different? Yes. The familiar pinks, oranges and reds can often be found more intensely at sunset than at dawn, but why? The colours of both dawn and sunset are caused by the light travelling through more of the earth’s atmosphere at the start and end of the day, which leads to the colours not at the red end of the spectrum being scattered – effectively filtered out. How does that make sunset different in appearance from dawn? Well the early evening air is different to the early morning air, it is warmer, more turbulent and there are more dust and pollutant particles in it. These factors combine to accentuate the filtering effect and so sunsets often appear redder than sunrises.