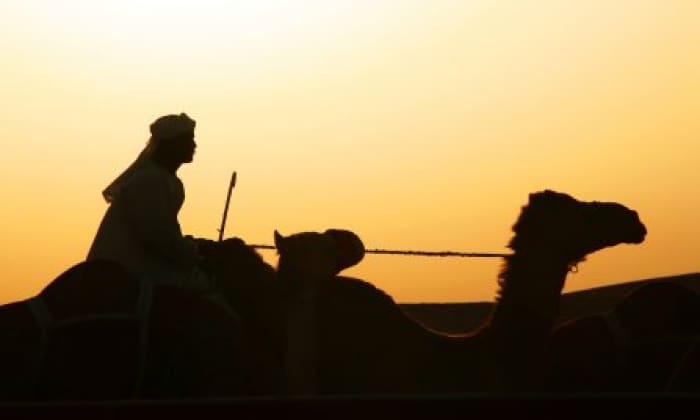 A good morning for the stars, but a bit damper in West Sussex than camels would like. Still, no reason not to enjoy an excerpt from Clinton Bailey’s 1974 article about Bedouin Star Lore:

(called al-Jidi) and Canopus (Suhayl), the two stars that indicate the directions

north and south. When a Bedouin, composing a poem, wanted to relate that

he was travelling south-east, for example, he said:

‘I put Polaris on the thigh of my mount

While shielding her throat from Canopus south ‘.