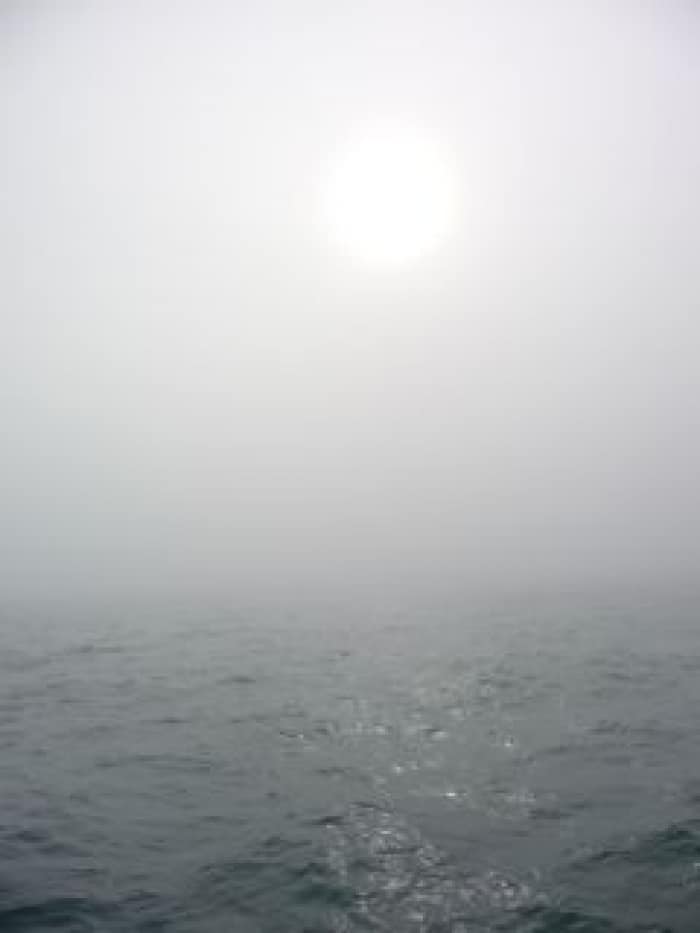 On Sunday morning, when sailing off the south coast, visibility came down to a few hundred metres at times. The sun played some of its usual tricks in the fog and one that is a bit rarer. When looking down-sun it created a colourless rainbow-like arch with pure white underneath, it was very like sailing past the Millennium Dome, or whatever it’s called these days. At one point there was one visible when looking towards the sun as well, it felt like sailing between two domes. Surreal. The effect is called a fog bow.

We were out of sight of land for most of the morning even though it was no more than a couple of miles away for a lot of the time. A small bird landed for a brief inspection of some of the ropes, which was comforting and reassured me that we were still within reach of land!