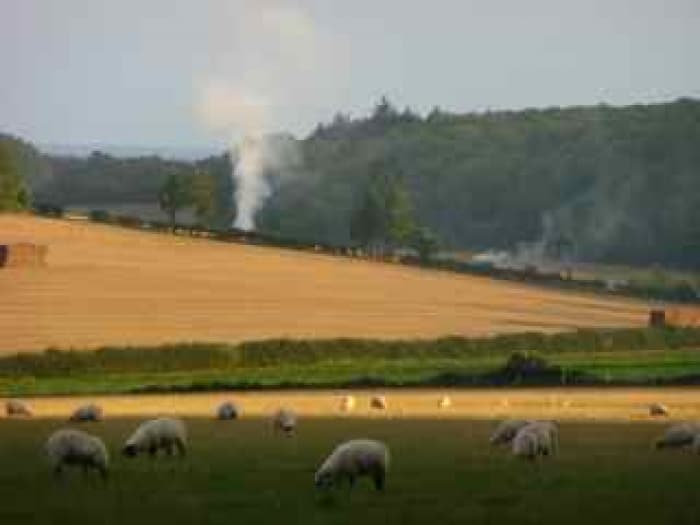 This is a picture I took about half an hour ago and it is one of those that might be dismissed by those not trained in the dark arts as a ‘typical English country scene’. With closer inspection it yields navigational fruit aplenty.

The foreground shadow confirms that the sun is no longer visible from this viewpoint, but the direction of the early evening sun is easy to detect from the long shadows in the middle ground. We are therefore looking south.

The smoke from the two fires reveals that the wind is light and variable. In the space of little more than a hundred metres it goes from next to nothing to a light north-easterly breeze.

In the top left of the picture, just above the tree line the south coast sea can just be seen. It is running from left to right, or an east-west line, which is sort of what we have come to expect from the southern central English coast.

The sheep don’t seem to have aligned themselves in any useful way, which considering the effort that the rest of the scene is going to is not very cooperative of them. They could learn a lot from their fellow grazers, the cows that have been posing for Google recently.