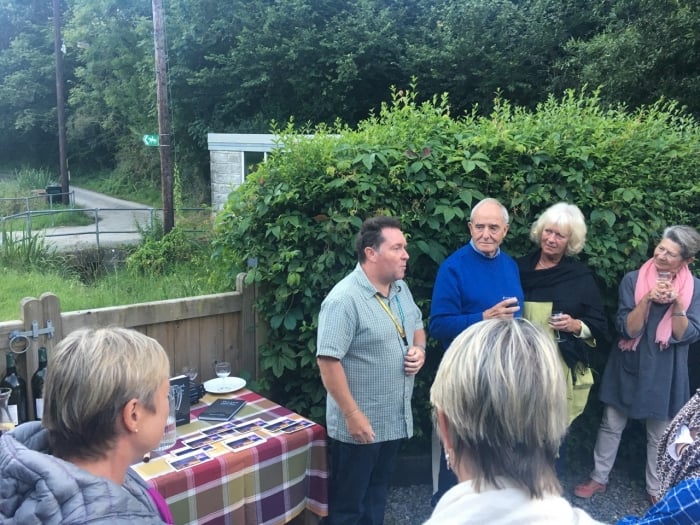 A couple of nights ago I listened to an interesting talk about the Mabinogion and the night sky, by the astronomer Martin Griffiths (pictured). We stood in a garden before adjourning to an inflatable planetarium. It was the launch of the Llangwm Literary Festival.

The Mabinogion stories were set down in Welsh in the 12th -13th centuries and form some of the earliest literature in Britain.

In astronomical terms there is nothing in the Mabiniogion that we don’t know from other cultures – from Babylonia, via the Ancient Greeks onwards – but that doesn’t make the stories any less rich.

Arctos, the Bear, becomes a horse and dead souls are rescued, I forget some of the details; but if you want to know the full score, he’s written a book about it: Dark Land, Dark Skies.

The thing that really shocked me was when Martin asked, ‘Why are there seven days in the week?’

I struggled to remember…