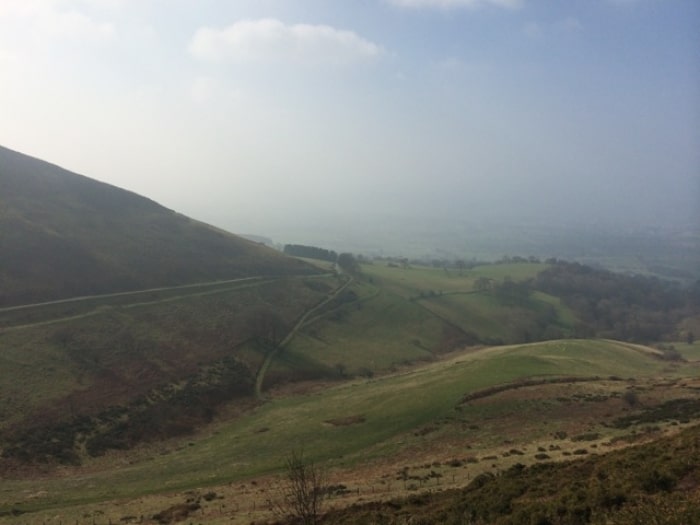 I had a bit of fun on a short walk in the beautiful Clwydian Range of hills recently, using a very simple technique that hovers between natural navigation and tracking.

Whenever you are following a path and feel that it is not taking you exactly where you’d like to go, pause and have a close look at the land in the direction you feel urged to travel.

It is surprising the number of times that you’re not the first person to want to break away from a path’s plan for you. Clues that others have broken off the path will sometimes be obvious, but often will only be found in subtle tracking signs or changes in plant life.

One of the easiest places to get used to spotting these signs are when a major path splits, and two paths then diverge from a fork. There are always those who feel that their first choice was not the right one, and cut-throughs will be found linking the two new paths together, and they often continue surprisingly long after the split. On average, the further from the split you are the more subtle the signs, because fewer people will change tack at a later stage. 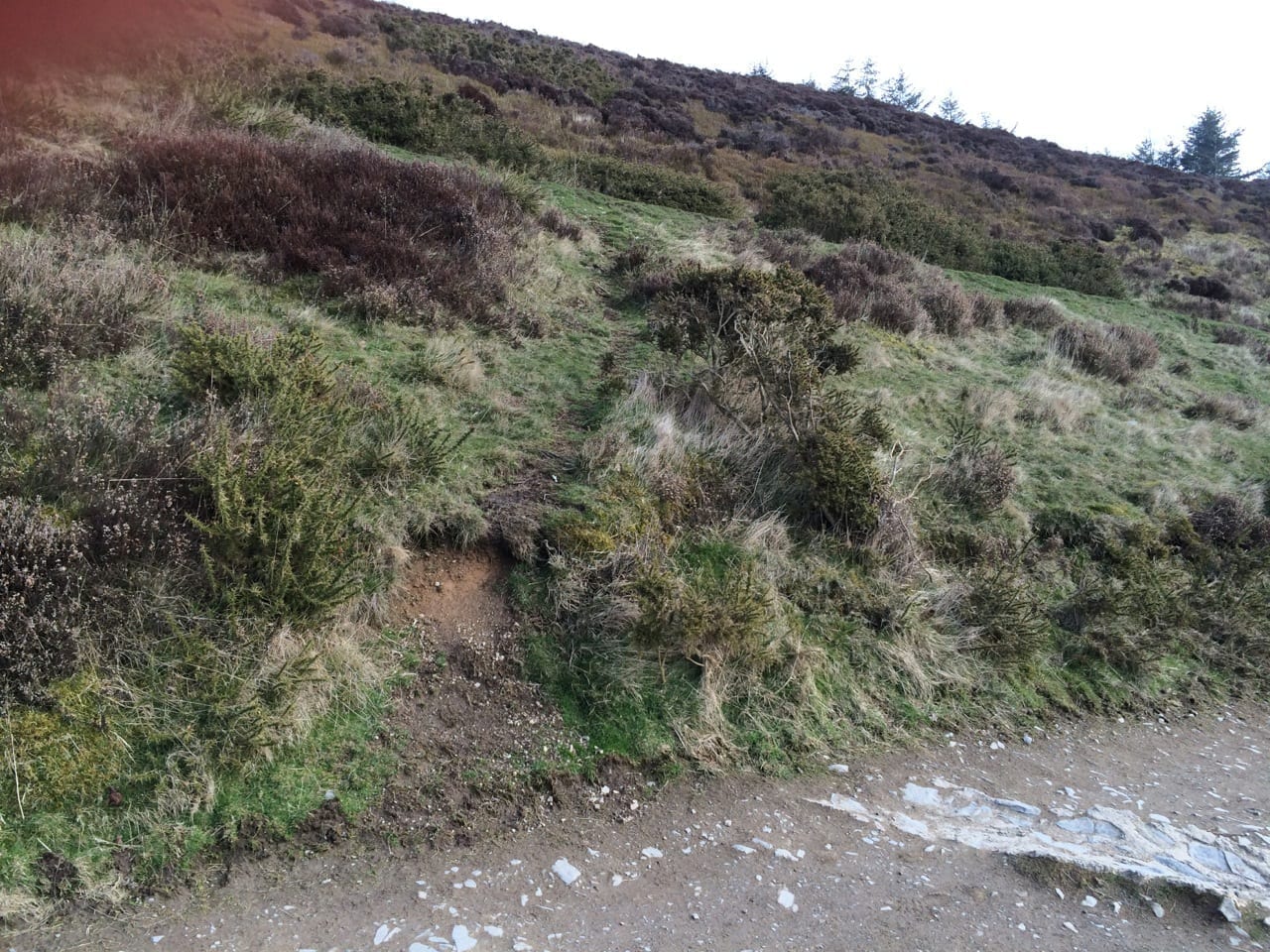 The picture above shows a cut-through that is so soon after the fork that you can almost spot where the two paths join to the right of the picture. The large number of people changing their mind so early leads to a blatant new mini-path. 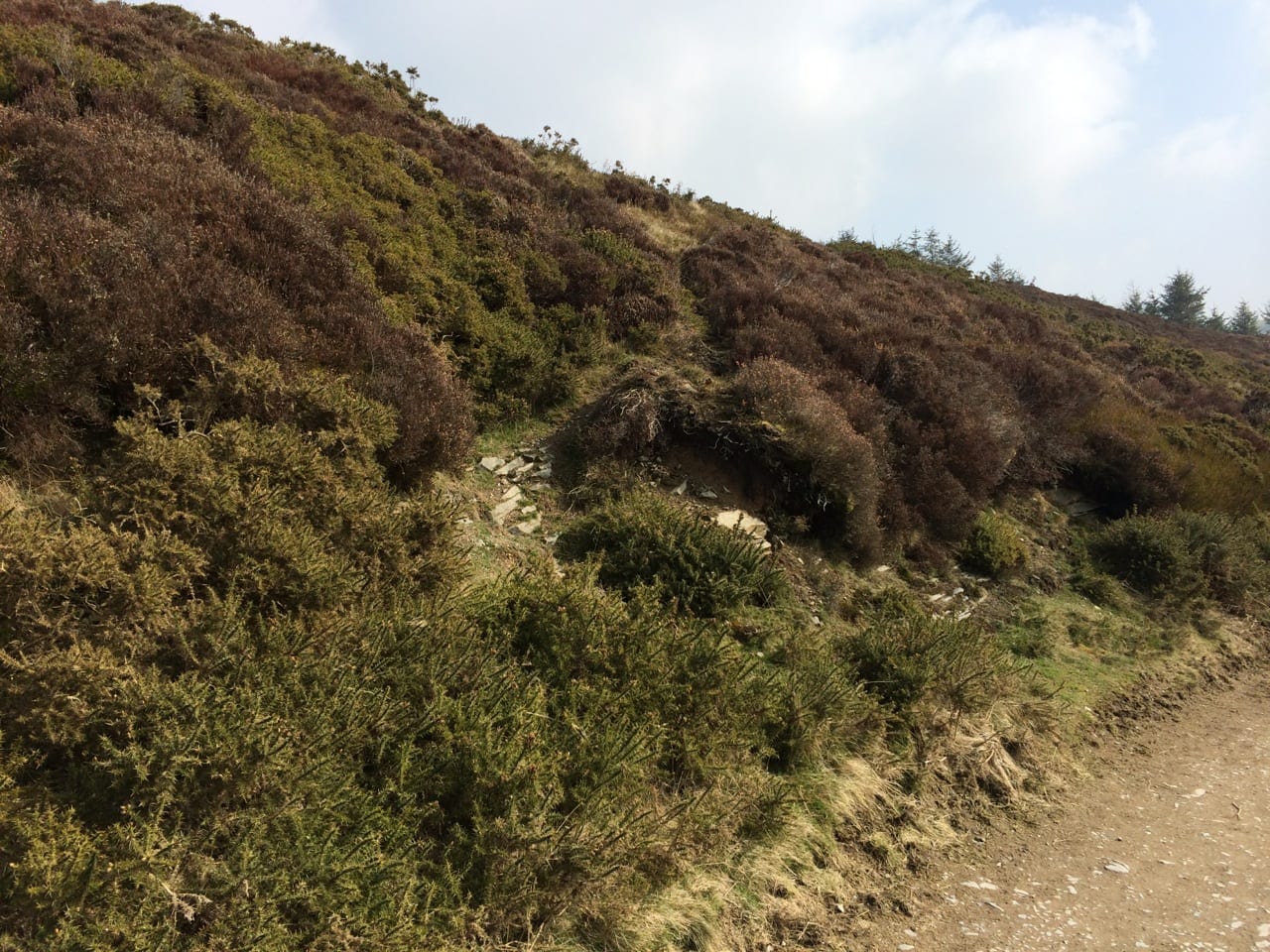 In this image, we’re a minute further on and the numbers who change their mind has dropped, so the cut-through is a little less blatant, but still clear enough.

If you look closely at the image below, you might spot how the countryside is actually an intricate grid of these interweaving unofficial paths, linking the bigger official ones. 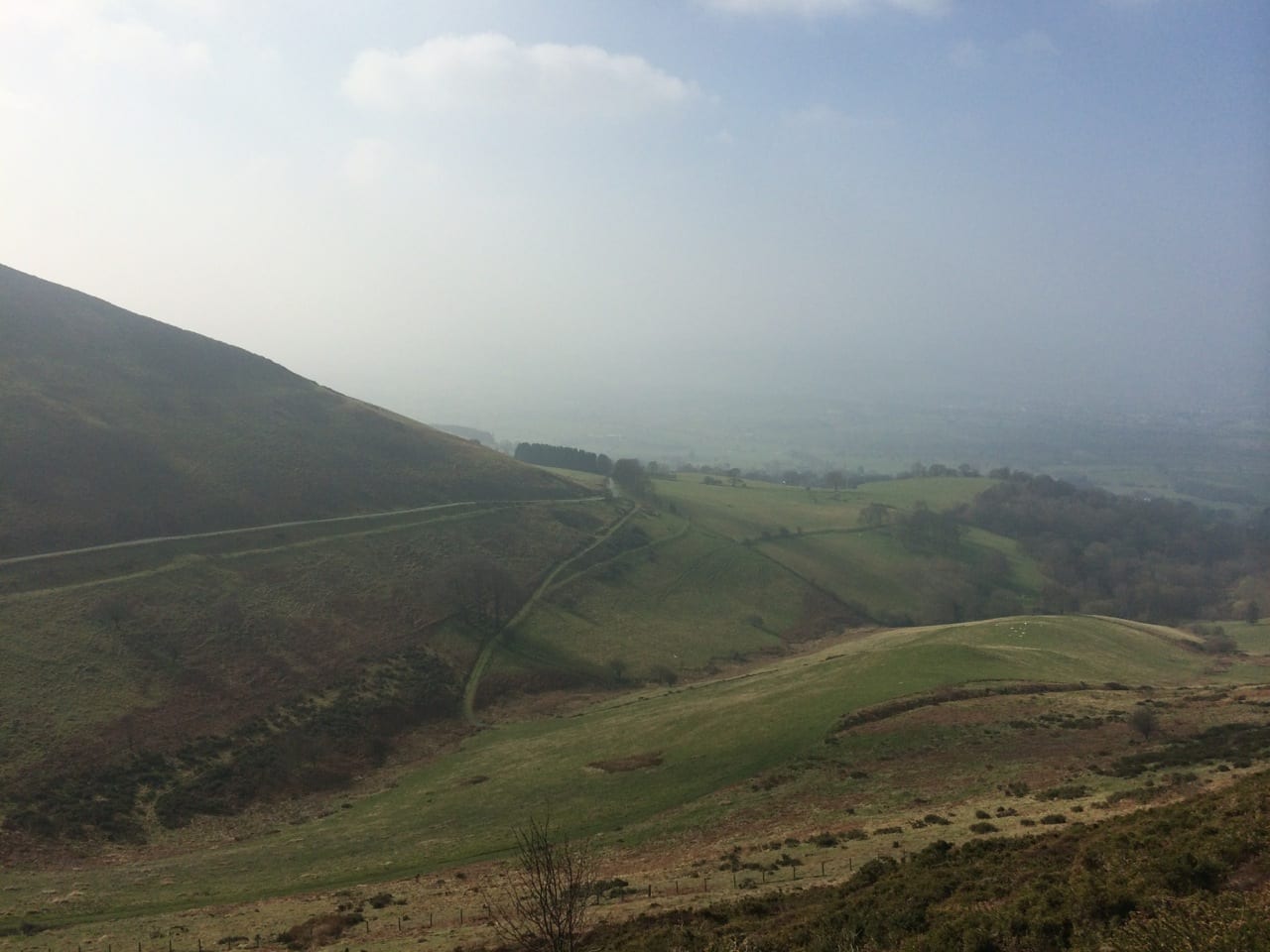 These shortcuts and cut-throughs are a source of irritation and concern to many land management folk, but I’m not commenting on the rights and wrongs here, only pointing out the navigation truth within!