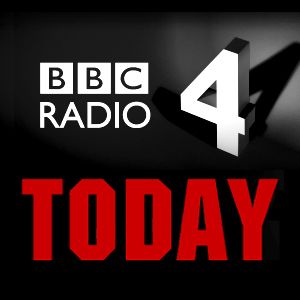 Full marks to Radio 4’s Today programme for allowing even a few minutes’ discussion of the role of technology in our appreciation and understanding of nature.

Mike Saunders, Kew Garden’s Digital head, and I exchanged ideas and perspectives yesterday in a glancing and enjoyable way.  ‘Today’ is prime radio real estate and they could not have been expected to indulge us for much longer.

Of course there were many points that I would have like to have made, but could not, the effect being a rather truncated view, which appears to many to be fairly blunt. No wonder I was accused by a few of being a Luddite! My fascination and interest in technology might surprise them, but that’s not important.

If I’d had the opportunity, the point I would have loved to have shoe-horned into yesterday’s discussion was that I believe the best of both worlds is achieved when information is gathered or delivered at a separate time to our sensing nature.

It so happens that the physical form of books lends itself to this, they tend to be read at home and then left there as people venture outdoors. But the convenience and now seeming necessity of carrying smartphones allows information to be delivered at the same time as the outdoors experience.

Books may be better, not because they are low-tech, but because they accidentally lead to a richer relationship with nature. The mild impracticality of books divorces the research from the experience. Smartphones are just too practical sometimes.

The word I used yesterday to describe this form of technology is ‘beguiling’, it is a Trojan Horse – I mean that of course in the classical sense not the IT viral sense (there’s another tiny part of our cultural heritage that is wilting under the hot influence of technology). Nature is much more interesting than anything a smartphone can manage, but it is a harder-won fascination.

This is the same story we see played out in so many developments. The pressure on our time, our increasing conditioning to instant-gratification, means that in any competition for our attention technology will regularly win over the complex matrix that is the natural world. As ever, there are food analogies. Big Macs are a faster way of getting a lot of calories into our body than making a burger at home. Hence the ‘golden arches’ survive despite many raising eyebrows at their now almost neo-antiquated philosophy of cuisine.

I think we may be moving towards a world where there are two different groups of people enjoying the outdoors. Those with a photo of a flower on their phones, and those who have smelled the flower.

My thanks to everyone who has been in touch with horror stories of technology taking over the natural world. I thought I’d share just this one for now. Shaun Brady took this photo of everyone in Yosemite National Park ‘enjoying’ their own and each others’ pictures of the wonderful scenery. Thanks Shaun!