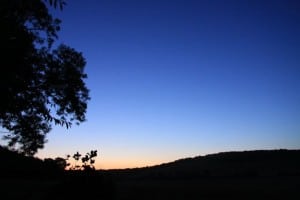 What a difference an hour makes, I took this photo only one hour later than yesterday’s. Venus was still visible to the naked eye, but being drowned out by the minute as the morning’s twilight becomes dawn itself. Twilight is a hugely important time for celestial navigators as it is the only time that both the stars and horizon are visible. Celestial navigation relies on using a sextant to measure the angle between stars and the horizon. Before the morning twilight the horizon is not visible and after it the stars have disappeared. In the evening it is of course the other way round.