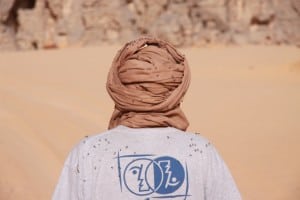 There is a fly buzzing around me at the moment that is seriously dopey, it seems to me that its best days might be behind it. It keeps landing on my hand or face and lingering for a dangerously long time, like its will to live has evaporated.

This reminded me of my trip to the Sahara last month. All signs of life in a desert are interesting at some level, usually including some navigation clues. Flies were no exception. They were not a big problem, and we could go for several hours without noticing them, but then they would appear in a swarm business (I just Googled the collective noun for flies and apparently it is either ‘swarm’ or ‘business’. I love the latter.)

Sometimes their appearance was easy to understand, if we were closing in on an oasis or wadi with some vegetation. These were hardly sprawling conurbations, but relative to their surroundings they were busy places. At other times it would be harder, they would just appear in the middle of a vast desolate, dusty, dry plain. Like all nature, flies can’t have much time for wasted effort, so I am sure that their numbers was significant of something, but exactly what I didn’t always work out. In all these situations I tend to take the view that the answer was probably there, under my nose (or even buzzing its way up it), I just failed to spot it.

This photo shows my Tuareg friend, Amgar, walking in front of me as we entered Wadi Meggedet. Although still in the middle of nowhere, it is just on the tourist map. We met a 4×4 full of Libyans, our first sight of other people in ten days. The flies, understandably, had decided to do a lot of business in this place and you might be able to spot a few on Amgar’s back. I hadn’t washed at all for a fortnight at this point, so there may have been a couple on my back too.